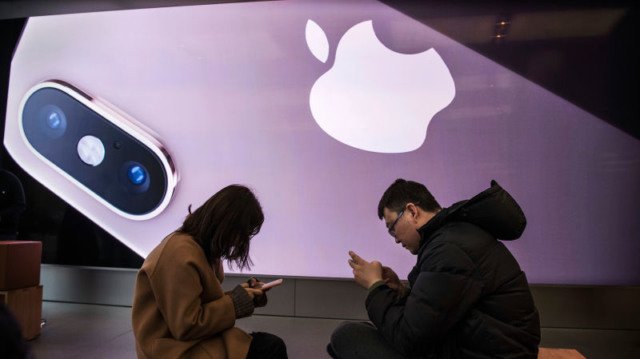 Apple is apparently planning a  “Netflix for Games”, my friends. This makes sense, since it seems that every fucking company is planning the same thing.

Apple is planning a subscription service for games, according to five people familiar with the matter.

The service would function like Netflix for games, allowing users who pay a subscription fee to access a bundled list of titles. Apple ($AAPL) began privately discussing a subscription service with game developers in the second half of 2018, said the people, all of whom requested anonymity to discuss unannounced plans.

It’s unclear how much the subscription will cost or what kind of games Apple will offer. The service is still in the early stages of development, and Apple could ultimately decide to abandon it.

The company has also discussed partnering with developers as a publisher, according to two people familiar with the talks, which could signal Apple’s ambition to assume distribution, marketing, and other related costs for select games.

An Apple spokesperson declined to comment for this story.

The move to create a gaming subscription service comes as Apple faces pressure to grow its services business while hardware sales plateau. The iPhone-maker is developing a slew of original shows for a video streaming service to rival Netflix, partnering with carriers to boost the subscriber base for Apple Music, and is also planning to release a news subscription service this year.

While it’s unclear what kinds of games would be included, a subscription service for App Store games could provide a boost to Apple’s recurring revenue at a time when iPhone sales are slowing and gaming and esports are booming. Mobile gaming is expected to become a $100 billion industry by 2021, according to the gaming and esports intelligence firm Newzoo.

There are still many questions about how an Apple subscription service for games will work — both for game developers and players. In the early days of the iPhone, Apple popularized the selling of mobile games as one-time purchases. But now it’s working on a subscription service in an era dominated by free-to-play games like Fortnite that make money from optional, in-app purchases.

“The vast majority of revenue coming out of the App Store is games,” said Brandon Ross, an analyst at BTIG that covers the video game industry. “Subscription has proven to be a successful way of monetizing on mobile. It is completely unproven in games except for some minor success from Microsoft, Sony, and Electronic Arts.”

If Apple functioned like a publisher for games it sold through a subscription, it could entice developers to create exclusive games for the service by undercutting the fees they would normally pay to an outside firm for user acquisition, marketing, and other distribution-related costs. Apple currently takes a 30-percent cut of App Store purchases but lowers that fee to 15 percent after the first year of a subscription.

Services, which include paid offerings ranging from iCloud storage to Apple Music, are the company’s fastest-growing business segment. In 2017, CEO Tim Cook set a goal of doubling the services business to $50 billion by 2020. Services accounted for $39.75 billion in revenue for Apple’s 2018 fiscal year, which means the company is on track to exceed the goal.