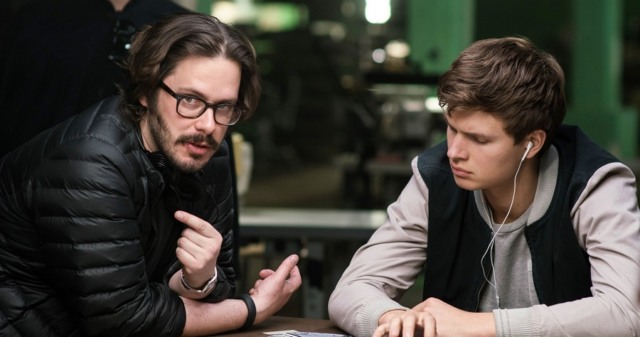 I’m here for Edgar Wright’s next movie, motherfuckers. But to be fair, I’m here for anything Wright is up to.

We’ve all been waiting to see what Edgar Wright would do after Baby Driver, and now we know. According to the filmmaker himself, his next movie is a horror-thriller inspired by psychological thrillers like Don’t Look Now and Repulsion. While Wright has dabbled in the horror-thriller genre before, his works therein have been tinged with comedy. This new film, however, will be a straight-up horror movie. On top of that, Wright has revealed that the first draft of Baby Driver 2 is complete.

Empire has the scoop on Edgar Wright’s next film: “a straight-up psychological horror-thriller – he cites Don’t Look Now and Roman Polanski’s Repulsion as influences – set in London, and starring a female lead.”

“I realized I had never made a film about central London – specifically Soho, somewhere I’ve spent a huge amount of time in the last 25 years,” Wright said. “With Hot Fuzz and Shaun Of The Dead you make movies about places you’ve lived in. This movie is about the London I’ve existed in.” Wright co-wrote the script with Penny Dreadful writer Krysty Wilson-Cairns.

This is exciting for a number of reasons. For one, this sounds like it’s going to be Wright’s first non-comedic feature. Baby Driver probably couldn’t be classified strictly as a comedy, but it certainly had comedic undertones. Whatever this new film is, describing it as a “straight-up psychological horror-thriller” makes it apparent that things will be played straight. Another interesting factor: this will be Wright’s first film focusing on a female lead. He’s had plenty of female characters in all of his films, but they’ve all been in supporting roles – love interests, essentially.

Wright is an exciting filmmaker. While I’ve cooled a bit on Baby Driver since seeing it, I can’t deny how wonderfully crafted that movie is thanks to Wright’s direction. And his Cornetto trilogy – Shaun of the Dead, Hot Fuzz and The World’s End – remains near and dear to my heart. I love the idea of him tackling a straight-up horror film, and sighting Don’t Look Now and Repulsion as inspiration is very promising. Both films deal with characters in the midst of psychological torment, and both have a very eerie, nightmarish vibe. In Don’t Look Now, a grieving couple flee to Europe after the death of their daughter. They’re hoping for a fresh start, but things turn creepy quite fast. In Repulsion, a depressed immigrant living in London finds herself slowly descending into madness.

There’s no title for this film yet, but Empire reports Wright will start shooting it this summer. Meanwhile, the director also offered a quick update on Baby Driver 2. Wright says that a “first draft of Baby Driver 2 exists,” and that the film “takes the story further” while introducing a whole bunch of new characters. That’s fine, I guess – but I’m much more excited about this horror film. Hopefully we’ll learn more about it soon.