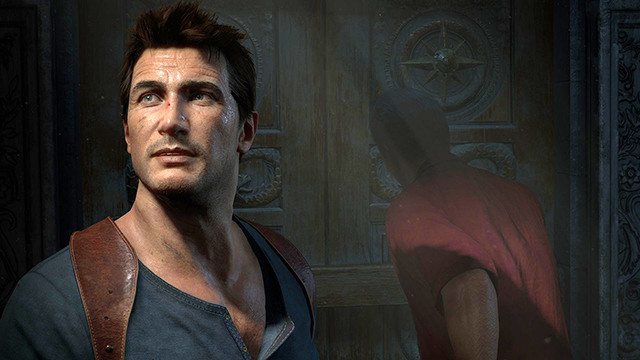 If the Uncharted movie actually ever enters production, and frankly I’ll be skeptical until it fucking happens, this is a super solid choice for director.

Just a few weeks after Sony’s Uncharted movie adaptation lost its fourth director, the studio has followed a treasure map to the front door of 10 Cloverfield Lane director Dan Trachtenberg and hired him to take over the long-brewing adaptation of the hit video game.

Variety reports that Trachtenberg is the latest director to take a crack at Uncharted, a popular video game series about a treasure-hunting adventurer Nathan Drake, a descendant of Sir Francis Drake. In the games, he reluctantly teams up with a photojournalist named Elena Fisher and his old pal and mentor Victor Sullivan to discover lost cities, uncover buried treasure, and inevitably save the world. All four games in the series are incredibly cinematic, borrowing liberally from the Indiana Jones playbook but adding a modern spin; they all play like top-tier blockbuster movies, so it’ll be interesting to see if the snake begins to eat its own tail when it gets brought to the big screen.

Smartly, though, the studio isn’t interested in doing a straight adaptation. Tom Holland (Avengers: Infinity War) is on board to play a young version of Nathan Drake, and since the games have only briefly touched on the early parts of the character’s life, that should open up tons of storytelling possibilities and hopefully let the movie avoid direct comparisons to the games.

Trachtenberg got his start by directing a short film adaptation of the popular video game Portal, and also touched on gaming subject matter by directing Playtest, an episode of Black Mirror. He’s a perfect fit for this movie: he has a deep knowledge of the game franchise and an excellent eye for action and suspense, and the terrific 10 Cloverfield Lane proved he’s capable of delivering crowd-pleasing, mainstream material. Joe Carnahan (Smokin’ Aces) wrote a draft of the script before Rafe Judkins (Agents of S.H.I.E.L.D.) tried his hand, but now rookie scribes Mark Walker and Jon Rosenberg are on board to rewrite. They previously collaborated with Trachtenberg on Crime of the Century, a time-travel thriller that hasn’t been produced yet.

David O. Russell (Silver Linings Playbook), Neil Burger (Limitless), Seth Gordon (The King of Kong), and Shawn Levy (Night at the Museum) have all been attached to direct this at various points, but none could get it to the starting blocks. But Sony has shooting dates officially locked in, so this is not a drill: the Uncharted movie is finally happening, and it finally has the perfect director at the helm.