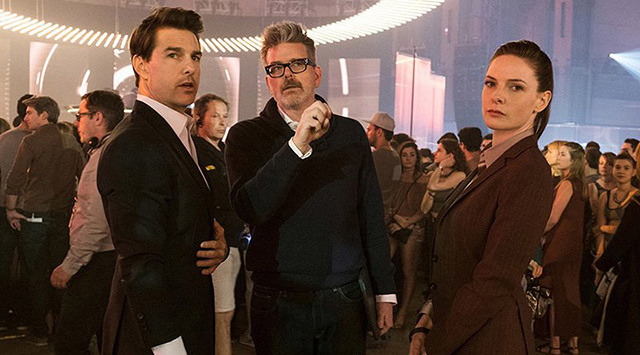 Yo! This is such good news. Christopher McQuarrie has signed on for two more Mission: Impossible movies. In case you ain’t in on it, dude is hugely responsible for helping turn Mission: Impossible into the best action franchise going. He wasn’t sure if he was going to return after Fallout, but he certainly is now. This is a solid, solid fucking win for legitimate action movies and practical effects.

McQuarrie’s return comes after delivering the highest grossing installment of the franchise to date with last year’s Mission: Impossible — Fallout. That film earned an impressive $791 million at the worldwide box office on a $178 million budget, and now Paramount is ensuring the director sticks around for the next two installments.

The news was first reported by Variety, with the director quickly taking to Twitter to confirm the news himself. McQuarrie’s response to the news was a rather simple Tweet that made it clear he’d signed on for two more films, without offering much more information.