Archives
« The original ‘Half-Life’ is 20 years-old today and goddamn am I ever fucking old
‘Watchmen’ TV Series Teasers: Masks Save Lives » 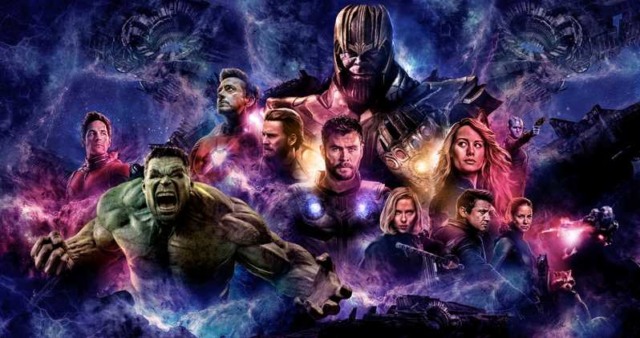 Apparently, Marvel is going to take a “very different” approach with their Avengers 4 marketing. My suggestion? Don’t fucking show anything. Everyone is already all-in. Keep us in the dark. It would be fucking wild. And, I think they may be doing something to that extent. Maybe not that extreme, but I got a feeling.

With details of Avengers 4 scant ahead of its release next May, rumors have started to emerge hinting that the shroud of secrecy will only be ramped up, with Marvel Studios planning to employ a “very different” approach to marketing the movie.

This comes as no surprise, given that we don’t yet know the title of the Infinity War sequel and actors like Sebastian Stan, Winter Soldier, don’t even know if they’ll be involved. However, according to That Hashtag Show’s Charles Murphy, it’s all in the name of ensuring the film isn’t spoiled, especially in the wake of so many superheroes dying thanks to Thanos’ infamous snap.

“We’ll have to wait and see if what I heard a few weeks back turns out to be true, but if it is Marvel Studios will be marketing Avengers 4 in a very different way than they ever have done for any of their films,” he tweeted. “If it is true, it’s going to stir up a LOT of conversation.”