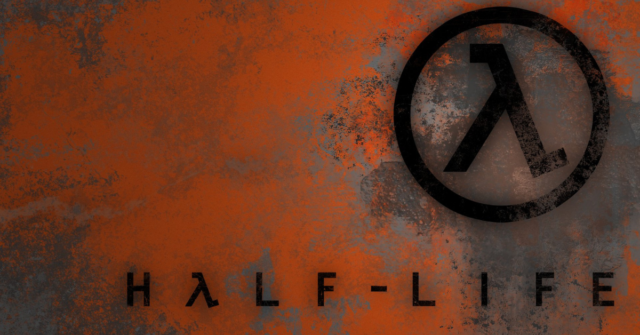 Good goddamn, Half-Life turns twenty years-old today? My, my god. Time doesn’t stop. Not for me, not for Gordon Freeman, not for no one.

What I remember most clearly of all was the anticipation. 1998 was an incredible year for games, and even better for being excited about forthcoming games. And I remember reading those first previews, those first exclusive screenshots, in PC Gamer at the time. And the thing that most blew me away, had me scrubbing at my eyes cartoon style, was that it looked like a game set in the real world!

I remember seeing the shots of offices, with tables, coffee mugs, drinks machines and microwaves. And I’d never seen anything like it. Games, especially FPS games, were set in space! Or in hell! Or somewhere utterly dissimilar. Here I was looking at proper real-life places, mundanity filled with excitement, and it seemed so impossibly exciting.

Getting my hands on it, Half-Life immediately rewarded this excitement with what would become a notorious and genre-redefining opening sequence. Not only was there the monorail credits sequence, in which you saw glimpses of this underground workplace, glimpses of potential glitches and a possibly unhealthy working environment, but then when that was over… you just went to work!

It’s a section that feels almost trivial to play it now, with games having learned so much from Valve’s beginning. While still somehow so many don’t learn the lesson that the extraordinary is so much more thrilling when you’ve had a dose of the ordinary, it’s not unusual to have games give you a little peek at what the world might have been like before the baddies showed up. Yet it still does it as well as anywhere else. You mill about in corridors, watch people through windows, eventually follow instructions and pick up your special suit. You still try a few lockers, blow up the food in the microwave, and then when you’re ready, head into the lab where you’re assigned. And then, of course, it all goes wrong. There’s a resonance cascade (still no idea what one of those is), and the workplace is exploding, scientists are dying, and there are terrifying aliens all over the place.

What follows is an incredible series of increasingly elaborate set pieces, as Gordon Freeman accidentally stumbles his way from researcher to governmental enemy, simply because he refuses to die. Crowbar in hand, to play it today is to experience everything great about the FPS, in many ways better than the genre has offered for years. There’s just so much going on, so many surprises, challenges, dramatic changes in scenery and circumstance, tiny and detailed corridors, or vast open outdoor spaces battling helicopters and hulking alien brutes.

And it still looks incredible! Yes, blocky and dated and crude, but with such fantastic style. It possibly helps that gaming is in such a pixelly retro place just now, to see the artistic style at its very best. But honestly, like a 1920s cartoon still looks amazing in the era of CGI movies, Half-Life remains an aesthetic delight in the gaming future of RTX 2070s. The textures are unpleasantly blurry in places, but beyond this, it still successfully delivers senses of vertigo, horror, gore and scale as much as it ever did. Half-Life at 20 is, with some caveats laid out below, still a stunning videogame, and I’m very surprised to find myself arguing, holds up better in 2018 than Half-Life 2.