Archives
« Monday Morning Commute: I am a medium person!
Rumor: Disney eyeing Travis Knight to direct ‘Guardians of the Galaxy 3’ and to him I say good luck »

‘Devil May Cry’ animated series coming courtesy of ‘Castlevania’ producer. Will be in the same fucking universe. Goddamn, yes 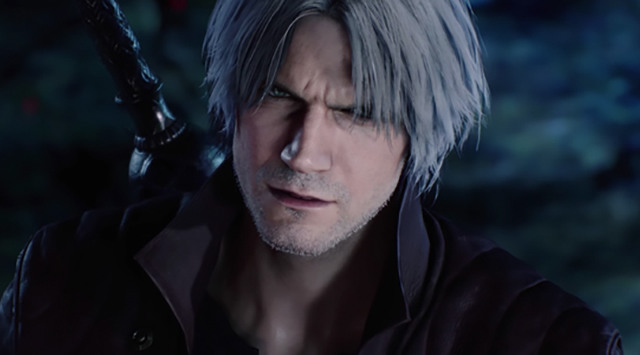 Listen. After how fucking rad Castlevania has been, I can’t help but be fucking stoked about this.

It seems Netflix is ready to continue its gaming pursuits. A new report has announced producer Adi Shankar is overseeing a new project for the site, and it will be about Devil May Cry.

So far, few story details about the project have been announced, but fans know it will be helmed by Shankar. The producer was introduced to Netflix a couple years back when his pitch for Castlevania was approved. To date, Netflix has released two seasons of the acclaimed anime, and its latest outing earned rave reviews from both critics and fans.

As for this title, fans are ready to see how Shankar and his creative team will handle the challenge. Netflix’s buy into anime and animation has been heavy to date. Series like Devilman Crybaby and Voltron: Legendary Defender has bolstered the company’s reputation with fans. Now, this new endeavor will expand Netflix’s reach, and Shankar will get another chance to liven up Hollywood’s bleak history with game adaptations.

This announcement may come as a surprise to some, but fans of Shankar will not be too shocked. After all, initial reports of this gaming deal went live back in October. At the time, it was reported that Shankar would be working on an anime for The Legend of Zelda, but it seems like Devil May Cry will be the franchise getting a series instead.

Over on Instagram, Shankar got fans buzzing awhile back after he said he was “working with an iconic Japanese gaming company to adapt one of their iconic video game series into a series.” The producer was not able to say anything about the title specifically, but fans know the title in question now. Yesterday, Shankar continued his tease and let fans know that today’s announcement was imminent. Taking to Twitter, the producer told followers to keep a close eye on his social channels as a massive reveal would be dropping in the afternoon.

For those curious about this new anime, IGN did learn Devil May Cry will tie into Castlevania. There is no word on how the connection will work, but Shankar told the site the anime series will be part of “what we’re now calling the bootleg multiverse.”