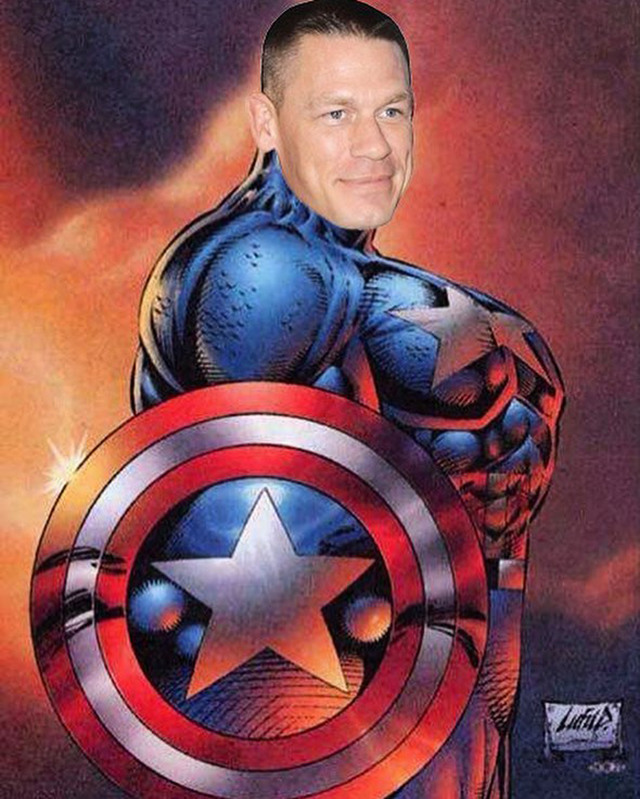 Everyone knows Rob Liefeld’s classic Captain America image. Even if they don’t know Rob Liefeld, they know. That’s because it’s fucking amazing. Now, Liefeld has shared an image of John Cena in that classic image, responding to rumors that Cena may play Rogers. Granted, the rumor is baseless, but the image is classic.

Earlier this week, an image posted by wrestler John Cena stoked speculation that the actor could step into the role of Captain America following actor Chris Evans’ potential departure from the Marvel Cinematic Universe. Now, comics creator Rob Liefeld has shared an image of Cena as Captain America, making use of one of his most infamous pieces of art in the process.

The image, which the artist posted on Instagram, features Cena’s head photoshopped onto Liefeld’s infamous rendering of Captain America, which is often critiqued and ridiculed for its bizarre anatomy. Liefeld wrote, “So, is this really a thing? Rumors of [John Cena] as Cap huh? Those are big pecs to fill!”

So, is this really a thing? Rumors of @johncena as Cap huh? Those are big pecs to fill! ?? #robliefeld #captainamerica #avengers #marvel #johncena