Archives
« Report: ‘Breaking Bad’ movie entering production this Fall and it sounds like it may star Jesse Pinkman
HBO’s ‘Watchmen’ TV series casts Jeremy Irons as Ozymandias and this is so fucking good » 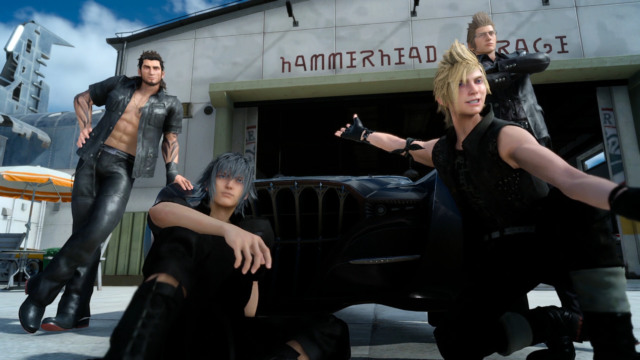 So salty! I know! But, whatever. Fuck Final Fantasy XV. Fans of the game, however, are going to be bummed. You see, the company has cancelled all but one of the title’s planned DLC. And, it gets better! The game’s director has left the company.

Today, Square Enix hosted a livestream that was billed as a “Special Program” with exciting news about upcoming Final Fantasy XV content. But in an incredible plot twist worthy of the series itself, the news turned out to be inconceivably terrible: almost all of the DLC has been canceled, and game director Hajime Tabata has left the company altogether.

Square Enix had planned to continue the never-ending flow of Final Fantasy XV content all through 2019 with four DLC episodes centered on the characters Ardyn, Aranea, Lunafreya, and Noctis. Instead, only the Ardyn episode will be released — the other three have been abandoned. There’ll be a collaboration event with Final Fantasy XIV next month, and the Comrades multiplayer mode will also be spun out into a standalone game for PS4 and Xbox One.

Tabata’s departure is particularly surprising because he recently set up and took control of a new studio within Square Enix, Luminous Productions. Final Fantasy XV went through a famously troubled and protracted development, and Tabata is largely credited with turning the project around after taking over the directorial role from Tetsuya Nomura in 2014. The game was a critical and commercial success and has continued to be updated with new features, content, and versions.

“In regards to my next endeavors and near future, I have a project that I truly wish to solidify as my next challenge after FFXV,” Tabata said on the stream. “For that reason, I have decided to leave my current position and start my own business in order to achieve my goal. As production of Episode Ardyn continues and Luminous Productions works on new projects, I felt that it was time for me to hand over the torch to the next-generation group of talented and trustworthy colleagues and believe that they will create something amazing.