Archives
« First Look: Henry Cavill as Geralt in ‘The Witcher’ and uh, oh no.
‘Birds Of Prey’ casts Ewan McGregor as the Batman villain Black Mask. ‘Cause you nerds killed the Obi-Wan movie, probably » 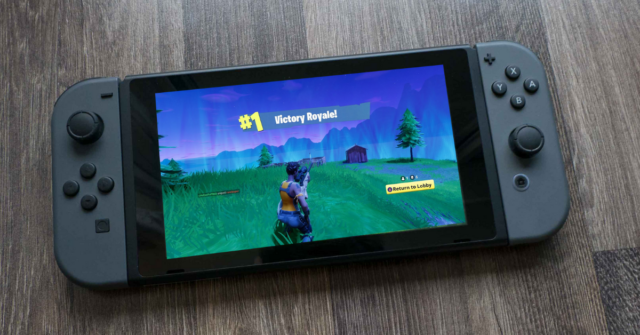 Fortnite is almost as popular as Mario and Zelda amongst Switch owners, according to Nintendo. During the company’s most recent financial briefing, Nintendo revealed that Epic’s battle royale game has been installed on “nearly half” of all Switch systems. The company also notes that the game is popular globally, “not just in the US and Europe but also in Japan.”

While Nintendo didn’t reveal a specific number of downloads, the Switch has currently sold just over 22 million units to date. That means that around 10 million of those tablets have Fortnite installed, a significant jump from the 2 million downloads Epic saw during the game’s first 24 hours of availability after it debuted on the Switch in June.

To put that number in perspective, the top selling Switch game is Super Mario Odyssey, at 12.17 million units, while launch title The Legend of Zelda: Breath of the Wild has sold a touch over 10 million. Of course, Fortnite is free to download, so the comparisons aren’t exactly equal. Still, it shows just how popular Epic’s game is on Nintendo’s device — and the upcoming holiday season, combined with a Fortnite Switch bundle, should only see that popularity grow.