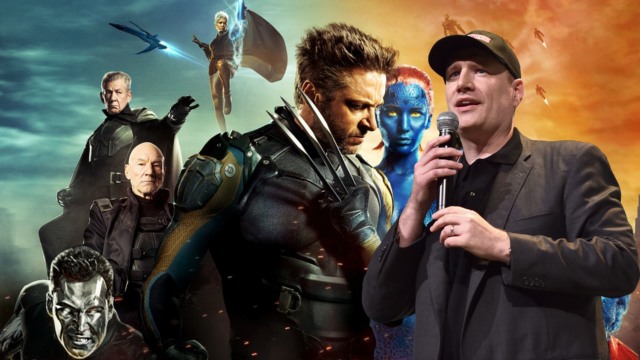 Like, no shit, right? Of course Kevin Feige, the Czar of Marvel Studios, is going to be overseeing the X-Men movies. This is what we’ve all been waiting for! The X-Men‘s integration into the Marvel Cinematic Universe. Why am I even talking about it, then? Cause I’m fucking hype about them coming home.

It officially sounds like the X-Men will indeed become part of the Marvel Cinematic Universe.

After months of speculation what role Marvel’s Merry Mutants would play in the MCU after plans of their acquisition by Disney went public late last year, Disney CEO Bob Iger has confirmed the X-Men will fall directly under the supervision of Marvel Studios President Kevin Feige.

“It only makes sense. I want to be careful here because of what’s been communicated to the Fox folks, but I think they know,” revealed Iger in an interview with The Hollywood Reporter when asked if the former Fox properties would be overseen by Feige’s Marvel Studios. “It only makes sense for Marvel to be supervised by one entity. There shouldn’t be two Marvels.”

After months of negotiations, Disney approved a $71.3 billion deal acquiring most of Fox’s properties including the cinematic licensing for the X-Men and Fantastic Four. The complete acquisition is expected to be finalized by summer 2019.

RELATED: Marvel’s Just Waiting on the Phone Call that Gives It the X-Men/FF Rights

“Kevin’s got a lot of ideas,” continued Iger when asked if the acquisition meant Deadpool would join the Avengers. “I’m not suggesting that’s one of them. But who knows?”