Archives
« ‘Spider-Man’ Gameplay Launch Trailer: Leave the fighting to the pros, which is us, obviously
Tarantino’s ‘Once Upon A Time In Hollywood’ casts Mike Moh as Bruce Lee. Fucking Bruce Lee? Amazing »

Neill Blomkamp wants Peter Weller to reprise his role as ‘Robocop’ in the upcoming sequel. I’m even more sold on this shit, dudes 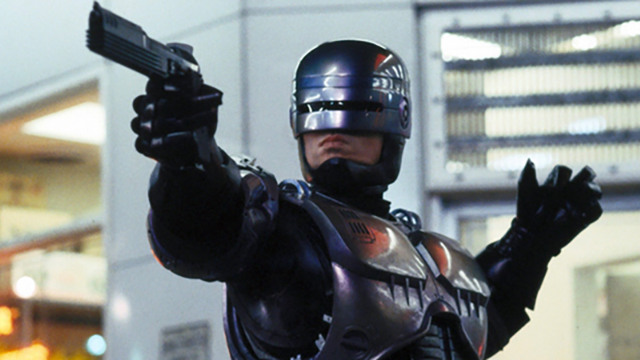 Yo, does it ever seem like Neill Blomkamp fucking gets it. I was already marginally excited about the director bringing to life a Robocop sequel. With the original writers. But, now? Dude wants to bring back the Robocop. Let’s get this shit done.

Neill Blomkamp is currently in the process of developing his next film project, RoboCop Returns, which is going to be a direct sequel to the original 1987 Paul Verhoeven-directed film.

This movie is based on a script that was written years ago by RoboCop‘s original screenwriters Ed Neumeier and Michael Miner. That movie never happened due to some issues. Justin Rhodes, who co-wrote the upcoming Terminator film for James Cameron and Tim Miller, will rewrite a script that Neumeier and Miner wrote years ago which was originally a planned sequel to Verhoeven’s hit.

Now Neill Blomkamp is teasing the return of Peter Weller, who played RoboCop in the original film! When a fan asked the question of who should play RoboCop in Blomkamp’s sequel, the director himself responded with, “Peter Weller.”