Archives
« Streaming tonight! ‘Shovel Knight’! Buffoonery! Join Us!
‘Doom Eternal’ Gameplay Footage: Ripping and Tearing is back and somehow even better than before » 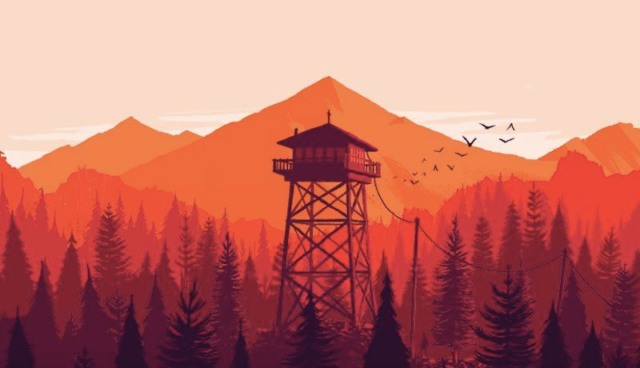 Back in April, Valve snagged Firewatch developer Campo Santo. As an aside, that game fucking rules. But, things are even more interesting now. The art director behind the game, Olly Moss, has officially joined the company. What does this fucking mean? I have no goddamn idea! However, I hope it means they’re actually making a game.

Moss is perhaps best known in gaming circles for his work on Campo Santo’s award-winning first-person adventure “Firewatch.” He co-founded the studio in 2013 alongside Sean Vanaman, Jake Rodkin, and Nels Anderson. As the game’s art director, he was reportedly responsible for its distinct color and lighting, along with the various logos and prop designs inspired by 1960s national park posters.

Before joining Campo Santo, Moss was most notable for creating a beautiful line of “Star Wars” movie posters. They were released in 2010 in a limited run and are now worth thousands of dollars. Moss also created cover art for the video game “Resistance 3” and the first digital copies of J.K. Rowling’s “Harry Potter” series, and he is a regular contributor to Empire magazine.

Valve acquired Campo Santo in April. Most of its employees also made the switch and are currently developing a new game called “In The Valley of Gods.” They’re also working on a Nintendo Switch port of “Firewatch.”

“In Valve we found a group of folks who, to their core, feel the same way about the work that they do (this, you may be surprised to learn, doesn’t happen every day),” Campo Santo said in an announcement post. “In us, they found a group with unique experience and valuable, diverse perspectives. It quickly became an obvious match.”

Moss didn’t offer details on what he’ll be doing for Valve on Monday. But, in a post on the gaming forum Reset Era, he did say he’ll continue working on non-Valve projects. But, that might not include “In The Valley of Gods.”

“I doubt I’ll be touching ITVOG much unless they need more hands on deck down the line,” he said.