Archives
« ‘Maniac’ Trailer: The new series from ‘True Detective’ director Cary Fukunaga asks if you know where you are right now
First Look: Margot Robbie as Sharon Tate in Tarantino’s ‘Once Upon A Time in Hollywood’ »

Matt Reeves says draft of noir-driven ‘The Batman’ will be done in two weeks. I am cautiously optimistic, dudes 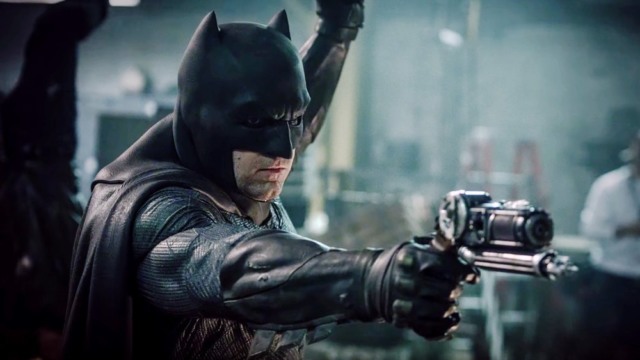 And lo and behold, there was one person still excited for Matt Reeves’ The Batman. That person is me, friends. Yes, I sit alone. For now. But when the movie ends up kicking ass, I will smugly say that I told you so.

Matt Reeves was on a Television Critics Association panel today to promote his midseason Fox drama The Passage, based on the novel by Justin Cronin. After the panel, Reeves gave reporters and update on his The Batman film. Here’s what he had to say about a potential shooting draft, production start date, Ben Affleck’s continued role in the film, those Year One rumors and more.

The Script Could Be Done Very Soon

Reeves has been talking about The Batman as a hypothetical since he was announced as the director. Now he says he’s honing in on a script.

“We are working on getting our draft [in] the next couple weeks,” Reeves said. “Right now, my head is totally into the script. Right now, I’m going to be leaving here to go back to work on the script.”

What’s more, this draft could be on the fast track to film early next year.

“What we’ve talked about is hopefully in the spring or early summer, something like that,” Reeves said.