Archives
« ‘Godzilla: King of the Monsters’ Trailer: Long Live The King!
‘Judge Dredd’ TV series has a completed pilot script and two seasons planned. So let’s get this shit going! » 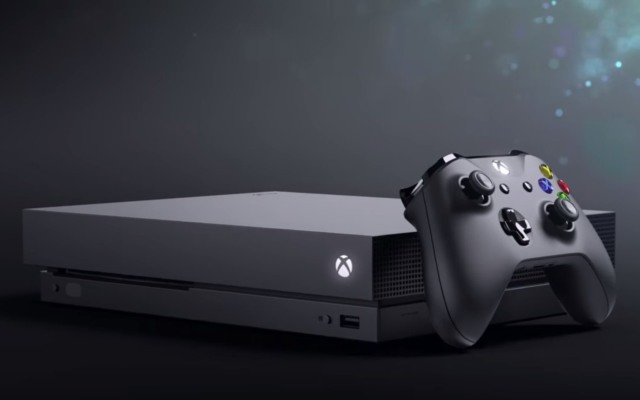 Microsoft’s working on a new XBOX. This much is obvious, is known. However, what’s interesting is that the company is working on a cloud-only iteration of the console that’ll only stream games. Sounds wild, I ain’t interested, though. Give me a nice physical, beefy console. How about you?

Microsoft is currently developing its next-generation Xbox, with recent reports suggesting the console will launch in 2020. While the hardware will undoubtedly surpass the capabilities of the current Xbox One X console, Microsoft is also focusing on game streaming for the future of Xbox titles. Thurrott.com reports that Microsoft is also working on a second Xbox console that will be limited to streaming games.

The streaming-only console will reportedly include a low amount of local compute for handling tasks like controller input, image processing, and collision detection. These tasks are essential to reducing latency in game streaming, and Microsoft is said to be planning to slice up processing between the game running locally and in the cloud in order to reduce input lag and other image processing delays.

Microsoft is currently developing its next-generation Xbox console under the Scarlett codename. The software giant recently revealed it’s also working on a game streaming service for Xbox that will work across any device. This is a key part of Microsoft’s future plans with Xbox, and part of the company’s vision for developing its “Netflix for video games” service, Xbox Game Pass.

Sources familiar with Microsoft’s plans tell The Verge that Microsoft is currently “all hands” on creating datacenters capable of powering the company’s game streaming service. Referred to as codename “XCloud” internally, Microsoft has been experimenting with combining four lots of custom Xbox consoles into a single server blade for its datacenters. These servers will launch initially with developers in mind to build and develop games in the cloud instead of local debug machines, and then to stream games to consumers.