Archives
« ‘Overlord’ Trailer: I Am 100% Down For Nazi Zombie Mayhem
‘Star Wars: Clone Wars’ Trailer: Disney brings it back for an easy win! Wait, it’s on their fucking streaming service » 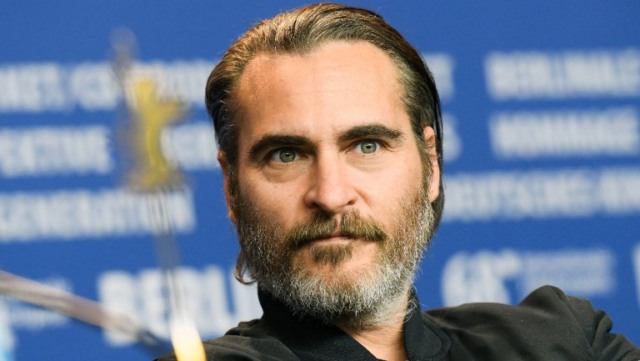 If this movie were surrounded by different circumstances, I’d be pretty fucking stoked. I mean, Joaquin Phoenix as the Joker? If the DCEU wasn’t a filled diaper at the bottom of a burning dumpster, I’d be torqued by this perfect casting. But, as things stand, I guess I’m cautiously optimistic?

With the film having received the green light from Warner Bros. and DC Films, Joaquin Phoenix’s Joker origin movie has landed both a title and release date — and it’s sooner than expected.

The studio has also confirmed a title for the film, revealing that rather name it The Joker, as we might have presumed, it will simply be called Joker. With production set to kick off in September, the film is now scheduled to arrive in theaters on October 4, 2019 — just a month before Wonder Woman 1984.

Budgeted at a mere $55 million, Joker is being fast-tracked, with a theatrical release just 13 months after the start of principal photography. That’s typically unheard of compared to most blockbusters. However, unlike the films set within what has been nicknamed the DC Extended Universe like the upcoming Aquaman and Shazam!, the movies following in Joker‘s footsteps look set to tell smaller stories with different actors playing iconic DC roles.

As it stands, Phoenix is the only actor confirmed for Joker, although casting appears to be underway. A recent report indicated Warner Bros. was looking at Academy Award-winning actress Frances McDormand to possibly play the Joker’s mother, but she reportedly passed on the role. With production looming, expect to hear more casting news within the coming weeks.Reports of Phillips’ Joker origin film first surfaced in August 2017, when it was described as “a gritty and grounded hard-boiled crime film” set in early-1980s Gotham City. Produced by Martin Scorsese and written by Phillips and Scott Silver (8 Mile), the project is rumored to explore The Joker’s backstory as a failed comedian, in line with Alan Moore and Brian Bolland’s acclaimed Batman: The Killing Joke.