Archives
« Weekend Open Bar: the turtles were on to something
Monday Morning Commute: No Escape Velocity » 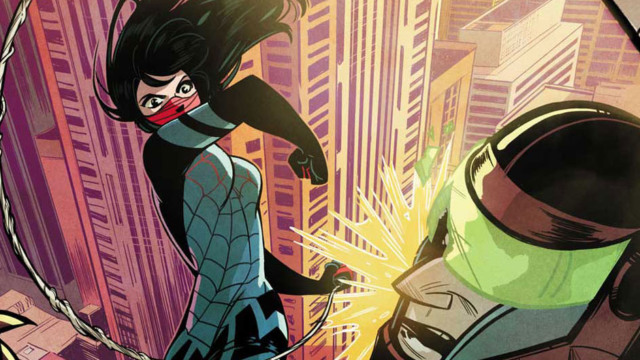 I’m down for a Silk movie, if it’s done competently. But, let’s be honest. There’s no real reason to fucking think Sony can launch a successful Spider-Man spin-off movie until proven otherwise.

Sony is developing a solo film for Marvel’s Silk, according to Deadline.

In comic books, Silk is Cindy Moon, a classmate of Peter Parker who is also bitten by a radioactive spider and develops similar abilities. Cindy Moon appeared in Spider-Man: Homecoming as a member of Peter’s academic decathlon team, portrayed by Tiffany Espensen. Espensen reprised her role in a cameo in Avengers: Infinity War.

The Silk film will is reportedly in development with producer Amy Pascal, who also produced Homecoming. Whether Espensen would reprise her role as Cindy Moon is unknown, as is whether the film would connect directly to the Marvel Cinematic Universe.

Although Deadline does not specify any connection to either universe, The Wrap reports Silk would connect to Sony’s other Spider-Man related films such as Venom or the in-development Silver and Black. However those films are not believed to have any Marvel Studios continuity connection.