Archives
« Activision officially announces ‘Call of Duty: Black Ops 4’ for those that care. I think…I do?
Views From The Space-Ship: A Celebratory Jig »

Rob Liefeld’s Extreme Universe is coming to Netflix. Why not, right? 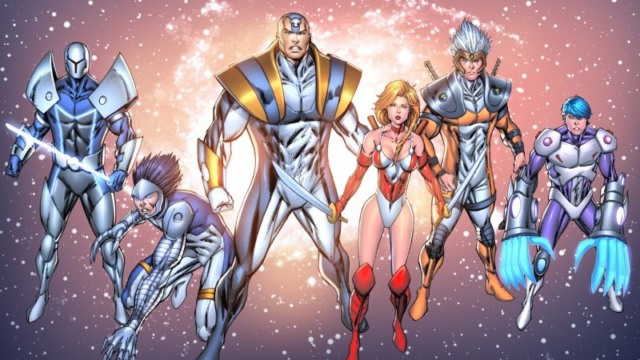 Rob Liefeld is my favorite comic book golden retriever. Infinitely derpy, infinitely excitable, seems to really mean well. While I didn’t really fuck with his work under his Extreme label, creators such as Brandon Graham and Alan Moore did bring some legit work to the universe. So with that said, sure, let’s see what Liefeld and Netflix can conjure up.

Netflix wants in on that sweet superhero cinematic universe action, and they’ve turned to the creator of Deadpool to make it happen. Rob Liefeld has inked a deal with the streaming service to bring his Extreme Universe comic book characters to a series of inter-connected films. Akiva Goldsman will set up a writers room to tackle the projects.

Over a year ago, Deadpool creator Rob Liefeld, announced he had signed a deal to turn his Extreme Universe comics into a series of films with producer Graham King and Fundamental Films. That deal has since fallen through, but now Liefeld has found a new home for his Extreme Universe: Netflix. Deadline reports that Netflix made a a seven-figure rights deal with Liefeld to create “a series of feature films with connective tissue, anchored by Liefeld’s comic book creations.”

Akiva Goldsman, who brought us the script for the recent Dark Tower movie, will “oversee a high-end writers’ room” to conjure up the series of films. Per Deadline, “Extreme Universe covers six comic books, encompassing more than 50 characters that include Brigade, Bloodstrike, Cybrid, Re-Gex, Bloodwulf, and Kaboom.” Can’t wait for that Kaboom movie, let me tell you.

“Rob Liefeld’s Extreme Universe features gritty stories and distinctive characters,” said Scott Stuber, head of Original Films at Netflix. “Akiva’s creative voice has been behind some of the largest movie franchises, making him uniquely capable of helping bring these superheroes from the Extreme Universe to life for Netflix.”