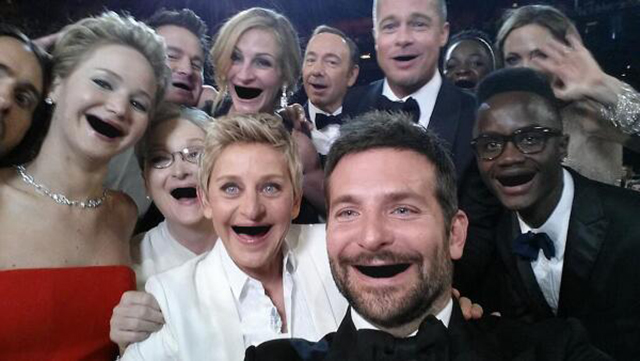 As an anxiety-riddled, hyperventilating-mess, the glands in my brain-pipes often don’t work well enough for me to understand much. But I’m sure, even after a fresh dump, a jettisoned load, and my favorite strain of THC, I still wouldn’t understand Awards season.

I get watching a bunch of people sucking one another off. Covering each other in fluids and fantasy, moaning and churning against one another, hoping for the big finish to end up in their hands.

Or, maybe it’s that I understand Oscar season. And I hate it.

So, we choke on our own blood, as we congratulate the wolf ripping our throat. Enjoying ourselves as the laughing idiots strut their struts on the carpets. As bouncing boneless buffoons interview vaguely conscious thespians about their outfits.

They prattle on about what they’re wearing, about their latest performances. What other zillion-dollar performer they hope to bump paths with. Or, if the tritegeist is strong with the performer, they’ll yadda yadda about a particular social cause of theirs.

Flashing their perfectly glossed smile, sporting their extravagant outfit, being courted and controlled by handlers and sycophants.

It all smells of twice-shined rot. Of a center which doesn’t even bother pretending to hold anymore, of a bone-structure breaking down in its marrow.

But, we aren’t there. So, when the nominations come out, and Controversy and Contrivance season begins to whirl in earnest, we shouldn’t care.

We do, though. Oh, god. The Think Pieces from the Culturally Attuned Blogger about why someone should have gotten nominated, or why a film shouldn’t have gotten nominated. Or, there are the articles about why someone did get nominated, but shouldn’t have. All these Think Pieces delivered with the Hot Take Tornado siren klaxoning off the banal halls of the Internet.

This award season is no different. Three Billboards is facing a backlash. Pacific Rim Guy’s movie about the Lady Who Fucks the Fish is being accused of plagiarism. On and on. We get whipped into a froth by these articles’ repercussions on the movies and their chances of winning.

But put those teeth away, if your favorite one doesn’t win. Gnash not. Don’t clap for buffoons, and don’t weep for villains.

You’re not any smarter if your predicted winner, if your preferred winner takes home the trophy.

You’re a pleb in Plato’s cave starring at a moron monitor with the rest of us.

You’re not any dumber if your predicted winner, if your preferred winner doesn’t take home the trophy, or gasp, could it be, doesn’t get nominated.

You’re a pleb in Plato’s cave starring at a moron monitor with the rest of us.

Don’t take it too hard, it’s not your fault.

This whole shambling culture is a space-ship vaporizing in the upper atmosphere. It doesn’t matter if you’re below decks, or if you’re above decks, or if you’ve been bamboozled into watching the live stream from the Vanity Ball thinking you’re not mopping the floor. Shoving reaction mass into the belly of the Gilded Beast.

Maybe that’s the key, really. To recognize what you’re doing when you get into Oscar season. It’s frivolity, it’s distraction, it’s largesse, it’s corpulence, and hey, what the fuck, who knows, who cares. Lean into it. Make predictions, champion your preferred Purebred Marketing Campaign. Be it the Socially Conscious Arthouse Movie or the Blasphemously Revisionist Biopic.

Life’s short, the days are tough, the voices in the back of our head aren’t going to silence themselves. We all need our distractions. Our fruitless endeavors with which we impart too much import.

I, I actually think I do understand Oscar season.