Archives
« ‘True Detective’ Season 3 is officially confirmed for 2019
‘Guardians of the Galaxy Vol. 3’ dropping in 2020, according to James Gunn » 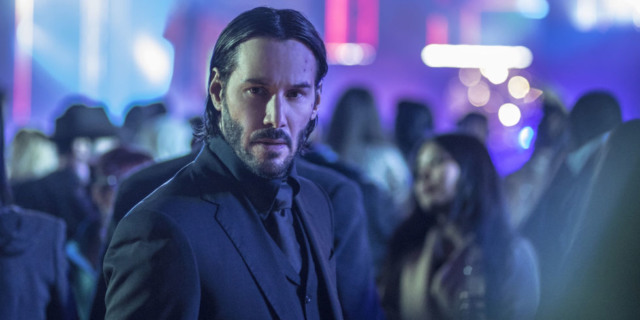 That John Wick TV series is happening, folks. However, let’s remember it’s a fucking spin-off. I think this is important to note, since a lot of the echo-chamber shit holes (as opposed to this, your most glorious echo-chamber shit hole!) don’t lead with that. And while I may be alone, I think the idea of centering it on The Continental and not Wick makes it more viable and interesting.

We heard back in February that John Wick director Chad Stahelski was looking at TV as the next possible venue for the action franchise, after Chapter 2 and Chapter 3 wrapped up. Now, Starz has announced that they’re developing The Continental, a television series based around the world of John Wick and centered on “the inner workings of the exclusive Continental Hotel which serves as a refuge for assassins.”

“The Continental promises to include the thunderous fight sequences and intensely staged shootouts between professional assassins and their targets that fans have come to expect in the John Wick movie franchise,” said Starz president and CEO Chris Albrecht, “as well as introducing some new, darkly compelling characters who inhabit this underground world.” Producers also promised that the series would keep the “dry humor” that so many fans loved in the films.

Television has traditionally struggled with recreating film-style action sequences, mostly due to budget constraints, so it will be interesting how Starz intends to pull this off. Given that they reportedly lost their American Gods showrunners due to budget arguments, one hopes that they’re not setting The Continental up for a similar rollercoaster.

Then again, Starz was recently acquired by Lionsgate, who also happens to own Summit Entertainment, the studio which distributes the John Wickfilms. So when budget discussions come up, corporate synergy may just save the day for this particular project. Either way, I’m curious to see how they bring high-octane action to the small screen. The first season of Marvel and Netflix’s Daredevil had to get quite innovative with its staging and lighting to make the fight scenes work, so I want to see what new ideas and techniques The Continental might cook up.

Keanu Reeves, who plays John Wick in the films, is on board as a co-executive producer alongside Stahelski and Basil Iwanyk, and he will likely appear on-screen “at some point” in the series. “I think you can expect to see him at some point on the series,” said Starz head of programming Carmi Zlotnik. “That is part of the ongoing conversation.”

However, Albrecht stressed that “this show is not designed to have him in the lead.” His role, whatever it might be, won’t be as a primary protagonist.

Chris Collins (The Man in the High Castle, The Wire) will serve as showrunner and script the series.

What do you all think? Are you excited to see more of the world of John Wick? Does this premise work for you? Or are you more “meh” at the prospect of an action TV series?