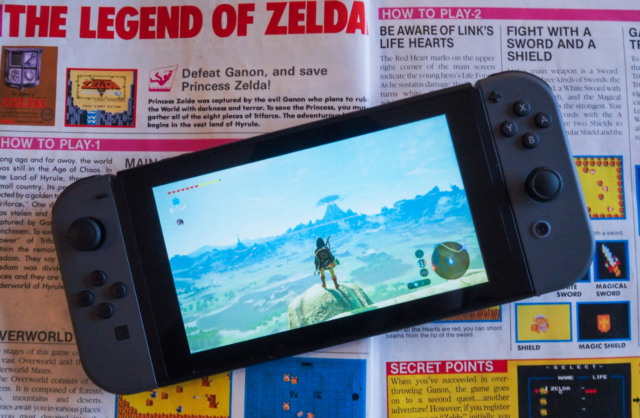 Man, Switch ain’t fucking around. According to the TabulatorWizards over at Nintendo, it’s the fastest selling console* ever in the United States. This news is pretty impressive on multiple fronts. First, the sales are impressive. Second, that they’ve bamboozled so many people into thinking a handheld with an HDMI port is a console is impressive.

Nintendo has announced that its portable/console hybrid is now the fastest-selling console in U.S. history, according to its own internal sales estimates. The Nintendo Switch is even beating the sales of the original Wii in the United States.

“The home console that players can take wherever they go launched March 3, 2017, and in 10 months has sold more than 4.8 million units in the United States, according to Nintendo’s internal sales figures,” Nintendo stated. “That’s the highest total for the first 10 months of any home video game system in U.S. history, surpassing Nintendo’s own Wii system, which was the previous record holder with more than four million units sold during the same timeframe.”

It’s going to be hard for Nintendo to top 2017 for hardware or software sales, as both Super Mario Odyssey and Legend of Zelda: Breath of the Wild helped to move the hardware. Nintendo released a system that everyone seemed to want while also providing it with its most popular games.

“In the U.S., more than 60 percent of Nintendo Switch owners have Super Mario Odyssey, and over 55 percent own The Legend of Zelda: Breath of the Wild,” Nintendo announced. “Not only are these games system-sellers, but they’re also two of the highest-rated games in history.”