Archives
« Intel Processor design flaw will result in big system slowdowns
‘Bond’ producer says next James Bond could be “female or black”, so like. Can we just get Idris Elba, finally? » 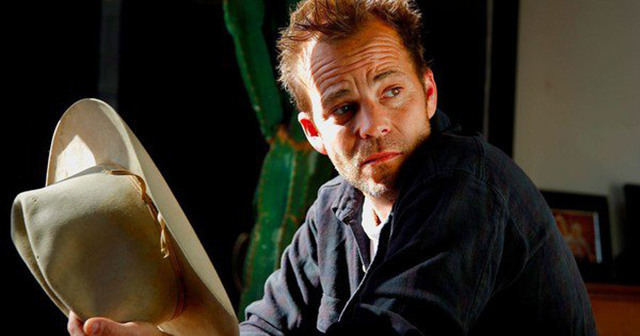 Man, True Detective is really getting a third season, huh? And at this point, what the fuck is there to lose? Plus, at the very least, they’re making some interesting moves. I mean, Stephen Dorff alongside Mahershala Ali? I can dig it.

Dorff, last seen in the Texas Chain Saw Massacre prequel Leatherface, will play Roland West, an Arkansas State Investigator “who has his life and career influenced over three decades by a baffling crime,” according to Entertainment Weekly. He’s joined by fellow trooper Wayne Hays (Ali) and Amelia Reardon (Selma‘s Carmen Ejogo), a “schoolteacher with a connection to two missing children.” The season, which is set in the Ozarks, is being scripted almost entirely by creator Nic Pizzolatto (Deadwood‘s David Milch will co-write one episode); he’ll also direct, along with Green Room maestro Jeremy Saulnier.

True Detective season two was noticeably rushed into production after a breakout first season, something HBO didn’t want to do for season three. “I’ll tell you something,” HBO head Michael Lombardo said. “Our biggest failures – and I don’t know if I would consider True Detective season two a failure – but when we tell somebody to hit an air date as opposed to allowing the writing to find its own natural resting place, when it’s ready, when it’s baked – we’ve failed.”

Season three doesn’t have a release date yet.