Archives
« ‘Star Wars: Obi-Wan’ movie going into production in 2019. In a derivative galaxy far, far too close
Disney-Fox deal is expected to be announced on Thursday. The Monoculture embiggens! » 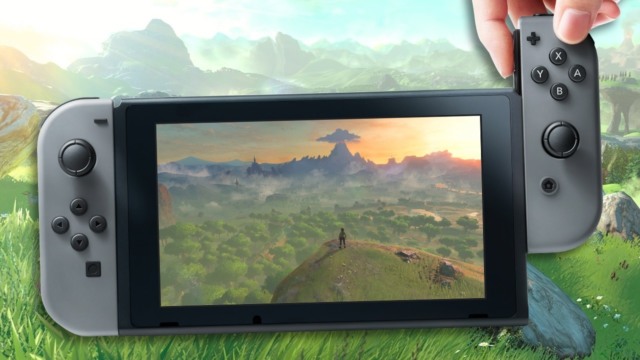 Nintendo has sold 10 million Switch consoles to players worldwide, the company announced today. This puts the system well on its way to outperforming Nintendo’s last console, the Wii U, which has only sold 13.5 million units to date.

These numbers are taken from Nintendo’s own internal estimates.

“Compared to the Wii U on its merits, the Switch is a slam dunk,” our review of the hardware stated. “It takes the basic concept of the Wii U, of a tablet-based console, and fulfills the promise of it in a way Nintendo simply wasn’t capable of realizing in 2012. It’s launching with a piece of software that, more than anything in the Wii U’s first year, demonstrates its inherent capability of delivering what Nintendo says is one of the Switch’s primary missions: a big-budget, AAA game that exists across a handheld device and a television-connected portable.”

The Wall Street Journal has reported that production on the console was set to increase in order to meet demand.

2017 was a very successful year for Nintendo in general, as both Super Mario Odyssey and Legend of Zelda: Breath of the Wild were two of the best-reviewed games of the year.

Sony also recently announced it has sold 70 million PlayStation 4 consoles to date worldwide, a system that has been on the market since 2013.