Archives
« ‘Far Cry 5’ has been delayed a month, now dropping March 27, 2018
Views From The Space-Ship: The Oasis From The Stasis » 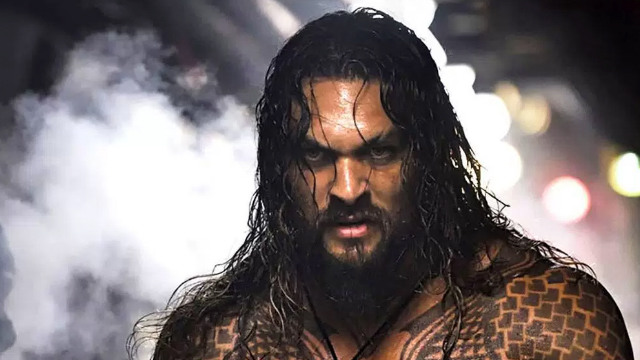 There’s no real reason to dawdle, filling this post with words. We’re all here for the same thing, even if we don’t admit it to ourselves. Jason Momoa looking beefy as fuck as Arthur Curry.

Hit the jump for the full thing, because EW is garbage and watermarks their pics.

Let’s face it: you could cut Aquaman out of Justice League entirely and the movie doesn’t change that much. However, the reluctant heir to the throne of Atlantis is getting his own solo movie from director James Wan and the first image from the film is all about showing off Jason Momoa‘s impossible superhero physique. If you’re standing near his personal trainer, give him a pat on the back, please. Thanks.

Entertainment Weekly revealed the image, which finds the aquatic comic book superhero striding through some kind of industrial space, looking very angry. What is Arthur Curry, the half-human, half-Atlantean badass, so perturbed about? Where is he? Where did his shirt go? Why does he appear to have a chain wallet attached to his belt? It’s definitely a weird first look, but Warner Bros. knows that they have a very attractive leading man and they’re leading with that. After all, the nerds will go nuts for a new shot of Momoa in his Atlantean superhero armor. People who don’t necessarily see comic book movies on opening weekend could find something interesting in Jason Momoa’s absolutely freaking ridiculous body. 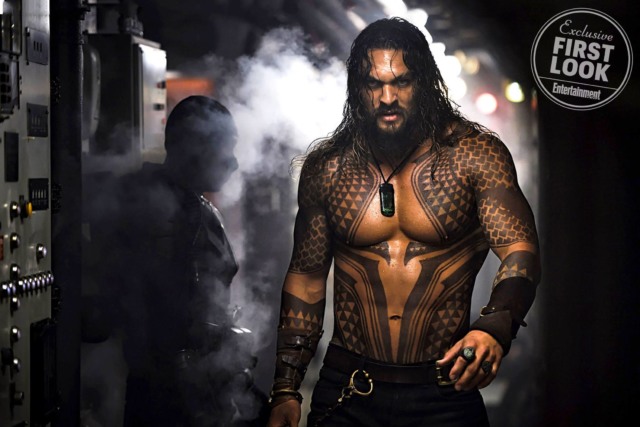