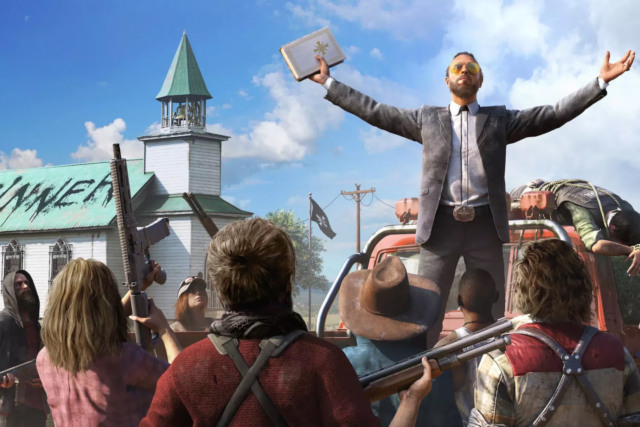 Far Cry 5 got that DelaySickness, dudes. Now dropping March 27, 2018. Half of me is pretty fucking cheesed that I’m going to have to wait an entire extra month to hunt an Alt-Right herb militia. The other half of me is pleased that Ubisoft is letting the team take their time on the title.

Far Cry 5 and The Crew 2 will be delayed, Ubisoft announcemed today in a brief blog post.

“Taking more time with Assassin’s Creed Origins enabled our talented development team to fully express their creative vision,” Burgess-Quémard said in a press release. “As expected, this had a very positive impact on the game’s quality and largely participated to its commercial success. Taking a similar approach, we have decided to invest additional development time in three upcoming games.”

Origins has been received well by critics, including those here at Polygon where we called the game “the best iteration of a decade-old formula.”

Far Cry 5 is a dramatic departure for the open-world franchise. The game is set in the United States, a first for the series, and pits players against a violent, anti-government religious sect in Montana. Less is known about The Crew 2, other than it will allow players to race cars, boats and airplanes and dynamically switch between all three in the same gameplay experience.