Archives
« Disney could close deal with Fox for its film and TV properties as early as next fucking week
‘Mega Man 11’ Trailer: Rock Man Returns in 2018 » 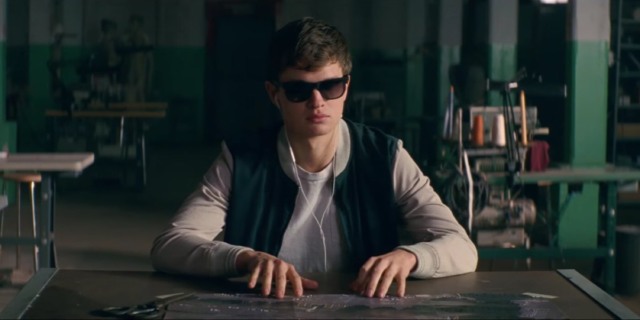 Edgar Wright is currently writing a sequel to Baby Driver, which is pretty rad. The original was damn fun, and made roughly a “fuckton” of money on a “relatively small” budget. So, it’s nice to see an inventive movie being rewarded with both financial and critical success.

Edgar Wright has made his fair share of terrific films, but Baby Driver became something the filmmaker had never achieved before: a bonafide box office smash. Naturally, that means discussions about a Baby Driver sequel have begun and while Wright won’t confirm that he’s returning to the director’s chair, he does say that he plans to write the screenplay.

Speaking with Entertainment Weekly, Wright confirmed that Sony wants a Baby Driver follow-up and that everything is in motion…he’s just not sure if he’s going to make it next or not:

Those talks are already in the works. The deal is being hammered out as we speak. So, hopefully, I’m going to at least write a second one. I’ve definitely got lots of ideas. Whether it’s the next movie, I don’t know. I’m just working that out at the moment, actually. I have a couple of things that I’ve been developing, and also a couple of new ideas that I had, and all the nice things things that I’ve been offered since [the release of Baby Driver].

This isn’t the first time we’ve heard rumblings of a sequel, but those rumblings now sound like more than basic, expected chatter. Baby Driver grossed $226 million worldwide on a budget of only $34 million, making it one of the summer’s most profitable wide releases. Finally, audiences decided to show up for an Edgar Wright movie and learned what cinephiles have known since the Shaun of the Dead and Hot Fuzz days – this guy makes killer movies. And it certainly sounds like the studios are ready to embrace him as well, since Wright says that he’s not exactly short on options at the moment. Still, he makes it clear that he’s not going to wait four years to make a movie again:

I would like to get back on the saddle very shortly, because — slightly beyond my control — but there was four years between The World’s End and Baby Driver. I don’t want it to be that long again. I would love to have a film out in the next two years.

Personally, I’m a fan of any deal that gets Wright back behind the camera as soon as possible because he’s a modern treasure and one of the most skilled people making movies at the moment. His work is joyous and energetic and unique – Baby Driver is a lock for my best of 2017 list. However, I’m not convinced Baby Driver needs a sequel. It feels complete, with its slightly ambiguous ending allowing you to draw your own conclusion about what comes next for those who survived the bloodbath that is the film’s back half. I’m not going to say no to Baby Driver 2/Baby Driver Strikes Again/The Return of Baby Driver, but I also want to see Wright have the freedom to cut loose and make whatever the hell he wants next. He’s earned it, especially now that he’s proven that regular people will go see his movies alongside the devoted fans.