Archives
« Desktop Thursdays: Atom by Atom, Books Upon Books
EA is acquiring ‘Titanfall’ developer. Let’s see how long until they ruin yet another studio » 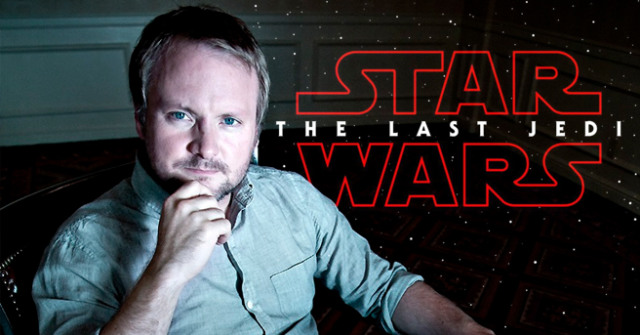 Holy fuck, friends. Not only are the UberCzars at Lucasfilm happy with Rian Johnson, they’re apparently really happy. How do we know this? Well, they’ve given him the opportunity to develop his own new Star Wars trilogy. Like, outside the Skywalker Saga. His own thing. As someone who has bitched about Lucasfilm just regurgitating the Greatest Hits, I can’t help but be torqued by this news. Finally, something new coming down the pipe.

Rian Johnson’s Star Wars: The Last Jedi won’t be in theaters until next month, but Lucasfilm is apparently so happy with the movie that it has just announced that it’s letting Johnson create a brand new Star Wars trilogy of his very own. He’ll write and direct the first installment, like he did with The Last Jedi, and at the very least he’ll presumably have a hand in plotting out the rest of the series as well. In a statement, Lucasfilm head Kathleen Kennedy said that Johnson is “a creative force,” and watching him make The Last Jedi was “one of the great joys” of her career. Because of that, she’s confident he’ll “do amazing things with the blank canvas of this trilogy.”
As for what this new trilogy will be about, it seems like Kennedy wasn’t kidding about it being a blank canvas. A post on the official Star Wars website says that it will be “separate from the episodic Skywalker saga” and that it will involve “new characters from a corner of the galaxy that Star Wars lore has never explored.” In other words, it won’t be filling in gaps between other movies, it won’t be expanding on the history of the Skywalker family, and it won’t be providing backstories to characters that didn’t really need them in the first place.

The Star Wars website says that this new trilogy doesn’t have set release dates yet, and in a fun nod to the impact that Johnson has already had on this series, it adds that “no Porgs were available for comment.” Sometimes the news can be fun.