EA is acquiring ‘Titanfall’ developer. Let’s see how long until they ruin yet another studio 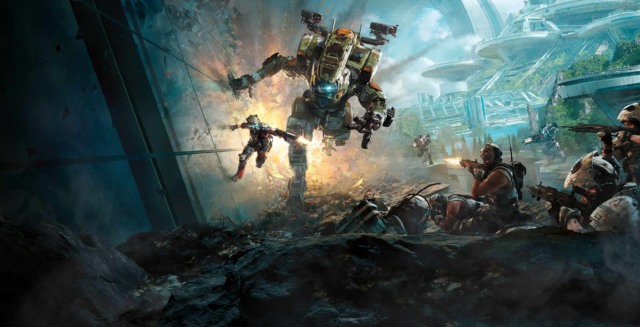 Electronic Arts is acquiring Respawn Entertainment, the studio behind Titanfall. Now the clock is ticking, folks. Let’s see how long it takes the Behemoth to suck all the marrow out of this recently purchased studio. Let’s see how long before its carcass can be thrown onto the heap alongside the shit-soaked ruins of BioWare and the desiccated husk of Visceral Games.

Electronic Arts says it plans to acquire Respawn Entertainment, the studio behind the Titanfall franchise. EA announced the purchase, as well as a new, in-development Titanfall game, in a press release.

According to an official announcement, EA will pay $151 million in cash and up to $164 million in long-term equity in the form of restricted stock units for Respawn.

In addition to a new Titanfall game, Respawn is working on an untitled game set in the Star Wars universe and a virtual reality first-person combat experience for Oculus.

“We’ve seen firsthand the world-class caliber of Respawn as a development studio with incredible vision, deep talent and an inspiring creative mindset,” said Andrew Wilson, CEO of Electronic Arts, in a release. “Our longtime partnership is grounded in a shared desire to push the boundaries and deliver extraordinary and innovative new experiences for players around the world. Together, we’ve brought this to life in the Titanfall franchise, and now with the Respawn team joining EA, we have exciting plans to accomplish even more amazing things in the future.”

“We started Respawn with the goal to create a studio with some of the best talent in the industry, and to be a top developer of innovative games,” said Vince Zampella, CEO of Respawn Entertainment, in a statement. “We felt that now was the time to join an industry leader that brings the resources and support we need for long term success, while still keeping our culture and creative freedom. EA has been a great partner over the years with Titanfall and Titanfall 2, and we’re excited to combine our strengths. This is a great next step for Respawn, EA, and our players.”

In a letter posted to the Respawn website, Zampella was a bit more candid about the acquisition.

“While it wasn’t necessary, going with EA made a lot of sense,” Zampella said. “With Titanfall and Star Wars, EA has been a great development partner that supports us and doesn’t interfere with our process for making games or studio culture. EA will provide us with more resources, access to new technologies, and expertise that we can tap into to that will help us make better games, and Respawn will retain the same creative freedom and culture we’ve always had. We’ve been talking closely with the leadership at EA and we share their values and vision for the future of being a developer-focused company that puts the players first.”

Respawn Entertainment was founded in 2010 by former members of Call of Duty developer Infinity Ward. The studio’s first two Titanfall games were published by EA.