Archives
« First ‘Deadpool 2’ poster gets us ready for Thanksgiving by riffing on a classic Rockwell painting
Views From The Space-Ship: Atom by Atom, Books Upon Books »

Space Swoon: Earth viewed from 10,000 miles away is resplendent as fuck 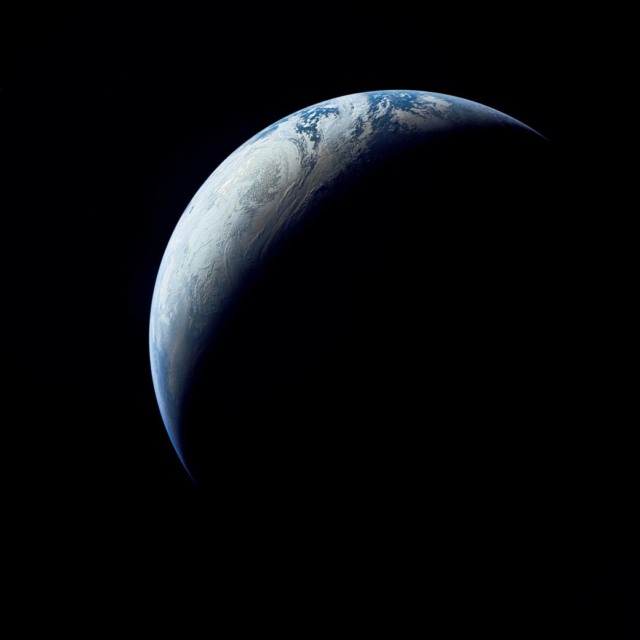 Drink in some perspective, swine! Do so by checking out this glorious image of Earth, taken some 10,000 miles away.

On November 9, 1969, the uncrewed Apollo 4 test flight made a great ellipse around Earth as a test of the translunar motors and of the high speed entry required of a crewed flight returning from the Moon. A 70mm camera was programmed to look out a window toward Earth, and take a series of photographs from “high apogee.” Coastal Brazil, Atlantic Ocean, West Africa, Antarctica, looking west. This photograph was made as the Apollo 4 spacecraft, still attached to the S-IVB (third) stage, orbited Earth at an altitude of 9,544 miles.