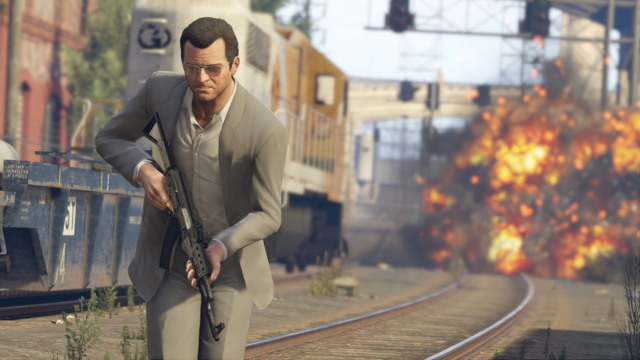 Folks, Grand Theft Auto V is now the best-selling game ever in the United States. I suppose it’s not really that surprising. You know, given the game’s popularity, and its tethering to the perpetual moneymaker that is GTA Online. However, do you know what is surprising to me? Fucking Wii Sports was the previous best seller.

Rockstar Games announced an important and impressive milestone today that will likely be a piece of gamer trivia for years to come — Grand Theft Auto V has shipped 85 million copies in North America, making it the highest-selling video game in United States history. So, what game did GTA V steal the mantle of highest-selling ever from (with a wallop upside the head with a golf club before it stole the anthropomorphic game’s car)? Wii Sports.

According to Nintendo, Wii Sports sold 82.3 million copies, in large part because it shipped with the extremely popular (for a time) Wii system. It also sold like gangbusters when it was released as a stand-alone title years later, but likely benefited from Wii users re-purchasing the disc after years of heavy, tendonitis-inducing gaming. GTA V no-doubt made it’s way to the top of the mountain thanks to players revisiting the game over the last half-decade.

Considering gamers have been sticking with GTA: Online for four years now,it’s not entirely surprising. I’ve personally bought the game on Xbox 360 at launch, PS4, and PC. This last year saw the highest profits for GTA: Onlinesince the GTA V persistent multiplayer mode was introduced, and with over five million copies of Rockstar’s flagship franchise shipped since May, it looks like there’s no stopping it.

Not surprisingly, Take Two’s earnings report stated that GTA V has made 42 out of 50 monthly top 10 charts, the most appearances of any single title in NPD ranking history.

The only thing that could possibly stop the expansion of GTA V now is Red Dead Redemption 2. Maybe.