Archives
« Monday Morning Commute: Perpetual Fatigue Machine
Disney was in talks to buy 21st Century Fox properties, as it continues to engorge itself on all culture » 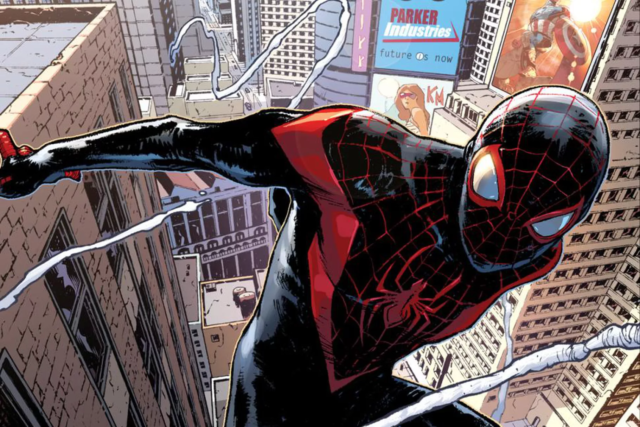 What the fuck? Brian Marvel Bendis is no more. The writer who sort of totally fucking *is* Marvel comics has signed an exclusive deal with DC. Honestly, I’m having a little trouble wrapping my brain around this.

For years, Brian Michael Bendis has been one of the biggest and best-known writers of Marvel Comics. The author helped create Miles Morales and Jessica Jones and has spent years writing them and other iconic Marvel characters like Iron Man, the Guardians of the Galaxy, Daredevil, and more. And now he’s jumped ship to DC.

The shock move was confirmed this morning in a statement issued to DC Comics’ Twitter, confirming not just that Bendis was now writing for the publisher, but had also signed an exclusivity deal with DC, effectively terminating Bendis’ ongoing and involved relationship with Marvel.

The writer followed up with his own brief statement, promising more details about just what he’ll be working on at DC will be coming soon.

Bendis has written for DC once in the past—contributing a Batman story to the 2007 collection Batman: The Greatest Stories Ever Told, Volume 2—but this is arguably less about Bendis getting the opportunity to work with a whole universe of characters he’s never worked with before, and more about Marvel losing one of its biggest and most important writers.

Although critical reaction to Bendis’ work has had swings—he was the writer behind the recent, miserable crossover event Civil War II—Bendis is a crucial writer behind several major books at Marvel at the moment, including Spider-Man, Invincible Iron Man (where he created and shepherded in Riri Williams, the young black MIT student currently standing in for Tony Stark as the Iron Avenger), The Defenders, and Jessica Jones. Losing him totally for the foreseeable is a pretty profound blow to Marvel Comics.