Archives
« ‘God of War’ Gameplay Trailer: A Boy and His Demigod Dad
Scientists detect hidden chamber in Great Pyramid of Giza. Like, please don’t piss off the Elder Ones » 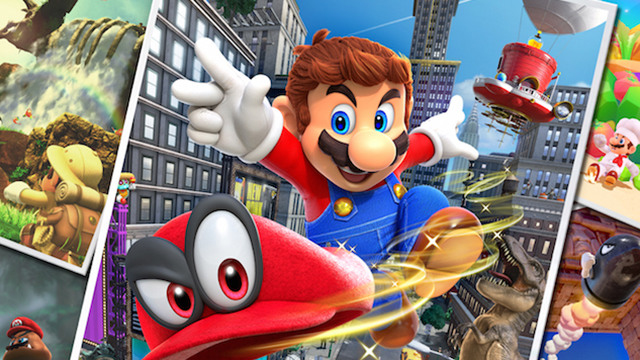 Nintendo already announced that Super Mario Odyssey has sold two million copies thus far, but the company has now revealed that 1.1 million of those units have sold just in the United States. That makes Odyssey the fastest selling Mario game ever in the U.S., as well as the fast selling Switch game since the system’s launch.

The company also publicized something we’ve pointed out in the past: It’s only competing with itself for the best-reviewed game of the year as well.

“On Metacritic.com, which aggregates scores from certain reviewers, for example, the game currently has a critical review average of 97, with 43 perfect scores,” Nintendo stated in a press release. “This makes Super Mario Odyssey the best-reviewed game on Metacritic for any system of the last three years, tied only with Nintendo Switch launch game The Legend of Zelda: Breath of the Wild.”

While sales of Super Mario Odyssey were likely held back at least a bit by the limited supply of the Switch itself, they are likely to grow as more hardware makes it onto store shelves and the holiday shopping season begins.

You can read Polygon’s review of the game if you’re still sitting on the fence, and be sure to read our thoughts on why Odyssey feels so good to play.