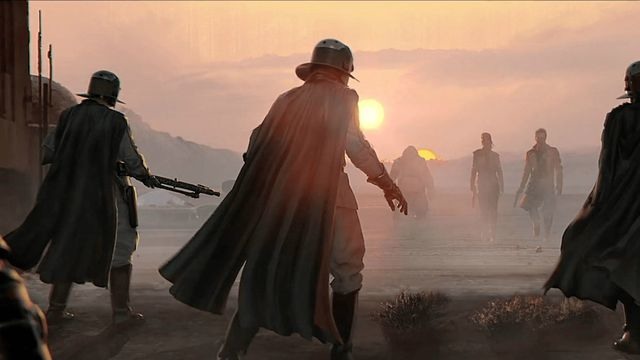 Fucking Electronic Arts, dude. They’ve shuttered Visceral Games, the minds behind Dead Space, who were until recently working on a Star Wars game. Not only that, but the project was being shepherded by Amy Hennig, who made her reputation on the fucking Uncharted franchise.

Visceral has been working on an action-adventure game set in the Star Wars universe in some form since 2013, when EA and Disney announced a multi-year game deal. It’s been described as a “story-based, linear adventure” in the style of Naughty Dog’s Uncharted series, but based on comments from Söderlund, EA is making a “significant change” to that title.

“Throughout the development process, we have been testing the game concept with players, listening to the feedback about what and how they want to play, and closely tracking fundamental shifts in the marketplace,” Söderlund said. “It has become clear that to deliver an experience that players will want to come back to and enjoy for a long time to come, we needed to pivot the design. We will maintain the stunning visuals, authenticity in the Star Wars universe, and focus on bringing a Star Wars story to life. Importantly, we are shifting the game to be a broader experience that allows for more variety and player agency, leaning into the capabilities of our Frostbite engine and reimagining central elements of the game to give players a Star Wars adventure of greater depth and breadth to explore.”

As part of that “pivot,” EA is delaying the game. It was originally slated to launch late in EA’s 2019 fiscal year, which runs from April 2018 through March 2019, but it has been pushed back indefinitely.

The change in Visceral’s Star Wars project will have an even bigger impact on the people working at the studio. EA is closing Visceral Games, and other EA studios will take over development on the Star Wars title.

“A development team from across EA Worldwide Studios will take over development of this game, led by a team from EA Vancouver that has already been working on the project,” Söderlund said. “Our Visceral studio will be ramping down and closing, and we’re in the midst of shifting as many of the team as possible to other projects and teams at EA.”

Since announcing that Visceral was one of the internal studios working on a Star Wars game, Electronic Arts has offered little in the way of detail about the project. EA and Visceral announced that former Naughty Dog creative director Amy Hennig was working on the title, co-writing the Star Wars adventure with Todd Stashwick. EA showed only a brief glimpse of the game at E3 2016.

EA’s next Star Wars title hits in November. DICE’s Star Wars Battlefront 2 is in development for PlayStation 4, Windows PC and Xbox One. Titanfall developer Respawn is also working on a Star Wars game for EA.

Visceral Games was founded as EA Redwood Shores in 1998. The studio changed its name in 2009, and was best known for its work on the Dead Space franchise and Battlefield Hardline.

Update: Asked about Amy Hennig’s future at EA, a representative for the company told Polygon, “We’re in discussions with Amy about her next move.”