Archives
« ‘Blade Runner 2049: TV Spot: Old Man Deckard’s ass is being hunted
‘It’ is breaking all sorts of records this weekend. Highest debut for a horror movie and a whole shit load more »

Amazon and Apple are bidding for the James Bond movie rights. Clash of the Capitalist Kaiju 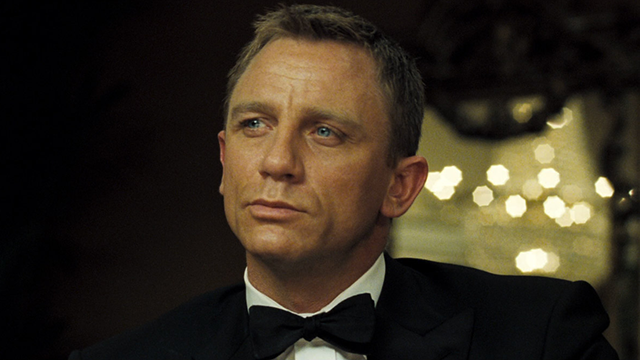 Two fucking monstrosities are going to monetary war over the rights to Bond 25. You don’t get much more enormous than Amazon, but christ Apple probably is. These two beefy bitches are slinging around dough, with the distribution rights worth somewhere between $2 and $5 fucking billion.

Apple and Amazon have reportedly joined the bidding war for James Bond distribution rights, and the companies are willing to spend a lot of money. According to a new report from The Hollywood Reporter, Apple and Amazon are open to spending more money than Warner Bros., the current frontrunner, for the rights.

Sony Pictures Entertainment has had the distribution rights to the movies since 2006, but that contract expired after 2015’s Spectre. MGM and Eon Productions, which co-own the film rights, but don’t distribute, have been hearing pitches from studios for more than two years, according to THR.

A source who spoke to THR said that Apple’s interest in the franchise has made Warner Bros. eager to close the deal quickly. The distribution rights are reportedly worth anywhere from $2 to $5 billion, according to THR. (The movies themselves have usually only generated a small profit.) In Sony’s previous distribution contract, the studio covered half of Spectre’s production costs and only received a quarter of profits, according to The New York Times.

MGM and Eon are also only offering a one-film deal, The New York Times reports, but the possibility of distribution, even for a limited time, would be a big win for Apple or Amazon, both of which have been trying to distinguish themselves from their competitors in a crowded streaming market.

In terms of programming, Amazon is currently in a stronger position than Apple. The company already has popular original series like Transparent, plus a Best Picture Oscar for Manchester by the Sea. Amazon Studios will also distribute Woody Allen’s upcoming filmWonder Wheel independently for the first time this winter.

Apple’s original content so far includes Planet of the Apps and a reboot of James Corden’s Carpool Karaoke, neither of which have earned the company any critical acclaim. But Apple has money to burn, and a need to fill a prestige gap in its current programming.

Still, Apple’s money might not matter, as THR’s source says Eon’s producers are mostly interested in theatrical movies — a traditional outlook that has roadblocked streaming services before.

The 25th James Bond movie is set to premiere in 2019, with Daniel Craig attached to return.