‘The Batman’ will be a noir-driven detective movie, according its director 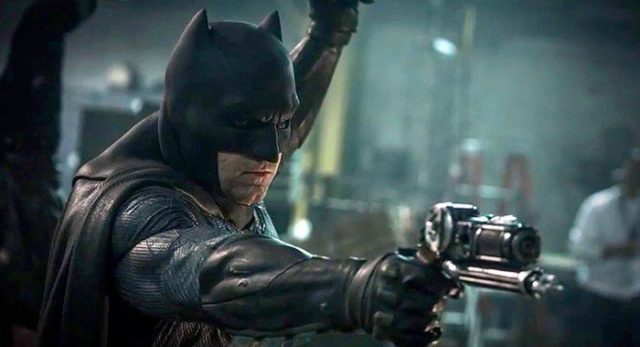 Yes! Yes! Yes! Noir, detective Batman? It’s about goddamn time. Bless you, Matt Reeves. The more I hear about this upcoming movie, since Reeves has joined, the more excited I become.

Contrary to the grim, action-driven versions of Batman we’ve seen lately, Reeves says he wants to bring out the “noir” side in the World’s Greatest Detective. About time.

Reeves is helming The Batman, Batman’s first solo outing in Warner Bros.’ DC Extended Universe that began with Man of Steel in 2013. However, this will be Batman’s eighth solo film since Tim Burton’s 1989 Batman made him a box office sensation. In all that time, Batman has been a ninja, a detective, a weary action hero, and a force of nature. But in recent years, with Christopher Nolan popularizing a grim, hyper-realistic version of Batman, and Zack Snyder taking that further by making him a paranoid psychopath, modern audiences know Batman as a moody action hero with a penchant for violence.

But Reeves explained to New Trailer Buzz that he’ll steer the Caped Crusader away from the bone-crunching violence he’s known for now, and tell a more internal story with The Batman.

“In all of [my] films, what I try to do, in an almost Hitchcockian sense, is use the camera and use the storytelling so that you become that character, and you emphasize with that point of view. There’s a chance to do an almost noir-driven detective version of Batman that is point-of-view driven in a very, very powerful way, that will hopefully connect you to what’s going on inside of his head and inside of his heart.”

Noir influences on The Batman sounds like an excellent idea. It will mark a return to detective-driven stories for Batman, who has been dubbed — sometimes ironically — the World’s Greatest Detective, and whose intelligence and perceptiveness is often forgotten completely in the more recent films. Although noir is known for its stark black and white visuals, neo-noir can veer into garish colors and fascinating explorations of moral grays. It’s one of my favorite genres, and one that’s ripe for superhero movies to tackle.

And for Reeves to once again cite influences from Hitchcock — who was not a noir director, but rather a master of suspense — hints at an intriguing, subdued take on Batman. While his detective-driven stories have never been quite as restrained as Hitchcock or noir movies tend to be — think Batman: Hush, or The Long Halloween — it would offer an innovative adaptation of some of Batman’s more well-known tales.