Director Matt Reeves says ‘The Batman’ will be influenced by Hitchcock 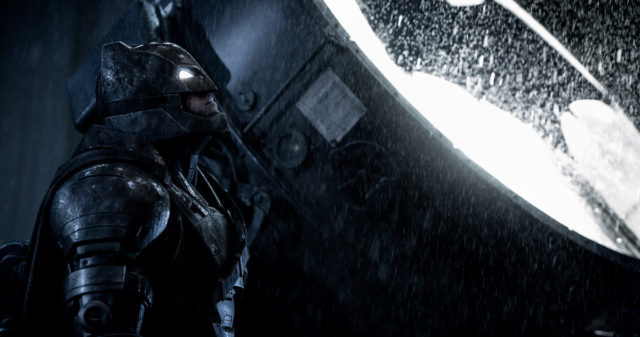 You know what. After Wonder Woman, with Whedon shepherding Justice League, and the executives behind the DC cinematic universe *finally* fucking getting the message, why not be excited about The Batman? I mean, right?

Reeves makes big studio movies that are character-driven and surprisingly intimate. The action and stakes in his movies, whether we’re talking Cloverfield or his Ape films, feel personal. He makes huge movies we see for the character, not for the action.

The Ape movies, in particular, have a strong point-of-view. Just like Hitchcock, Reeves wants to make the audience feel what his character experiences, as he told CNET:

For me, point of view is really important. I want to make sure you are experiencing something from the perspective of the main character in the story. I’m a huge Hitchcock fan — I like the idea of being immersed in that perspective. Movies for me are about empathy. The idea is to make you, the audience, feel what the character feels.

There hasn’t been a Batman movie that intimate since Batman Begins, in which Bruce Wayne went on a journey Christopher Nolan compared to a David Lean film. Nolan’s sequels and casts grew bigger; they were ensemble stories. As for Batman v Superman: Dawn of Justice, what Bruce Wayne was feeling wasn’t always palpable or understandable, but Ben Affleck still made for a compelling, damaged brute.

It’s promising to hear Reeves wants to dig more underneath the surface, to bring the same level of intimacy to The Batman he brought to Caesar’s journey. He even compared the two characters last month:

What I find so interesting about him as a character is that, as far a superhero goes, he’s not superhuman, he is a person. And he is a tortured soul who is grappling with his past and trying to find a way to be in a world that has a lot that’s wrong with it and trying to find a way to reconcile all of that. That is a really powerful character, in the same way that Caesar is such a powerful character.

The director added to CNET they’re just getting started on The Batman, which begins production next year and currently does not have a release date, although 2019 is estimated. Based on Reeves’ involvement and everything he’s said about the character, the future continues to look bright for The Dark Knight.