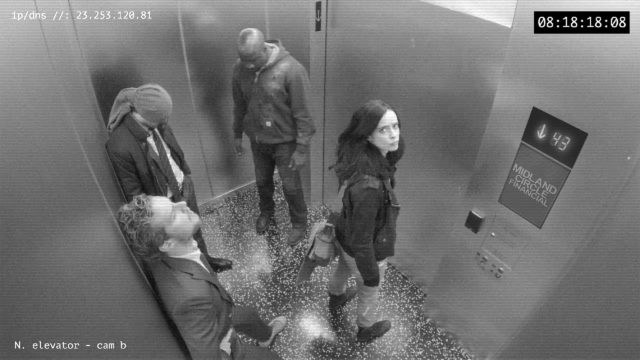 A viral teaser for the Defenders reveals that the show is arriving this August. The 18th, to be precise! Want to check out said teaser? Hit the jump!

With “Iron Fist” now on Netflix, there’s nothing standing in-between Marvel fans and the team-up “Defenders” mini-series now — aside from a few months. The series, which will see Daredevil, Jessica Jones, Luke Cage and Iron Fist team-up, now has a quick teaser showing all four heroes standing side-by-side in a cramped elevator.

RELATED: Is This A New Poster For Netflix’s Defenders?

The teaser also reveals when the series will debut, although it does so via what could be considered an Easter egg. When Jessica Jones shuts down the surveillance camera, the timecode on the video stops at 08:18:20:17 — August 18, 2017. The video even stealthily includes a URL – http://23.253.120.81 – that redirects you to a viral site for “The Defenders.”