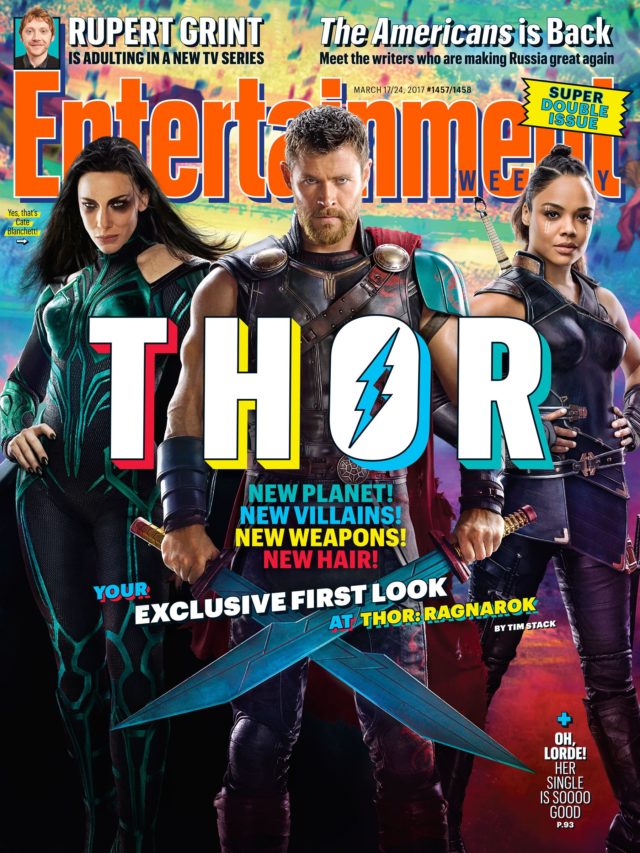 Oh baby. Thor with short hair, don’t care. I want this movie, and dammit, I suspect it’s going to be good.

Marvel’s God of Thunder is going to look a little bit different in his next movie. Entertainment Weekly has revealed our first glimpse at the movie, teasing a radically differently looking Thor, as well as our first full looks at Cate Blanchett and Tessa Thompson in action as Hela and Valkyrie, respectively.

The image, from the latest cover issue of EW, accompanies a new cover story that lifts the lid on what Marvel hopes to do a bit differently this time around with the third Thor film—and it amounts to something a little more tangible than a new haircut and a lack of Mjolnir, according to Chris Hemsworth:

Taika has such a quirky, left-of-field sense of humor, which forced all the characters and the tone of the whole story to head in a new direction. Each day we were like, ‘Are we pushing it too far? Are we allowed to have this much fun?’

We’d had teases before that Thor would be rocking a new look for the movie—one that seems to, at least, borrow a little from the Odinson’s own makeover in the comics recently, as part of the ongoing The Unworthy Thor miniseries, which has given the former Thunder God a similarly shorter ‘do. On the page and on the screen, they both look pretty damn great, though.

We’ll bring you more on Thor: Ragnarok as we learn it, ahead of its release November 3.