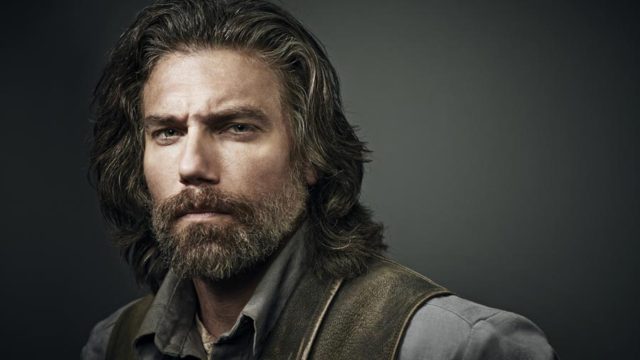 Anson Mount is an actor I don’t know, starring in a television series I don’t care about. Dude is going to be playing Black Bolt, in Marvel’s Inhuman TV series.

The announcement is the second piece of casting news regarding the anticipated television series. Last week, Iwan Rheon was announced as portraying Black Bolt’s sometimes-evil, always dangerous brother Maximus for the live-action show.

Black Bolt (aka Blackagar Boltagon) was introduced in 1965’s “Fantastic Four” #65 by co-creators Stan Lee and Jack Kirby, and has proven to be an integral part of the Marvel Universe ever since. The character’s power — the uncontrollable ability to harness electrons and convert their energy into devastating power unleashed through his voice — is also his greatest curse, as his slightest whisper is powerful enough to level entire cities. As a result, his wife and queen, the as-yet uncast Medusa, has traditionally spoken for him, conveying his thoughts to his court and the rest of the world.

“Anson loves the challenge of playing a character who will only communicate silently,” Jeph Loeb, Head of Marvel Television, said in a statement. “His enthusiasm mixed with his imposing almost regal persona made it easy to see why he is our Black Bolt.”

“Black Bolt is a character whose deep complexity must be conveyed without uttering a single word,” added “Inhumans” showrunner Scott Buck. “I’m very excited to have Anson on board to bring him to life.”