Archives
« ‘Guardians of the Galaxy Vol. 2’ TV Spot: You Only Get One Chance To Save The Galaxy Twice
‘X-Men: Supernova’ Shooting Soon, Sophie Turner Confirms Return As Jean Grey » 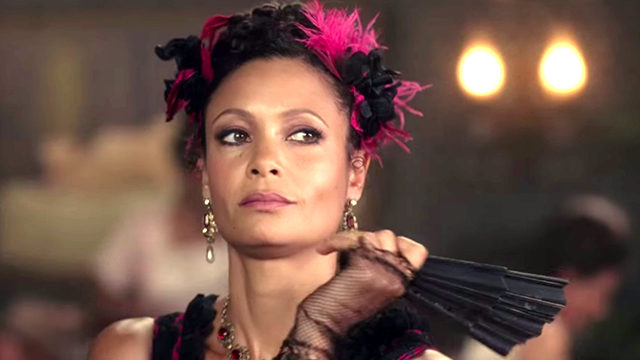 Variety broke news of the possible Han Solo Thandie Newton casting. She has reportedly entered negotiations, but details are otherwise sparse. At this time, we don’t have any information about which character she is playing.

As previously reported, the film stars Ehrenreich as the scruffy-looking nerf herder himself, Han Solo; Glover as his smooth-talking pal, Lando Calrissian; and Harrelson as an as-yet-unnamed mentor to Han (speculated by some, but denied by Lucasfilm’s Pablo Hidalgo, to be Garris Shrike). Clarke has the female lead, but we don’t know much else about her character. Waller-Bridge is looking to play a CG character, likely a droid or alien of some sort.

The Han Solo movie is set before the events of A New Hope. While plot details have not officially been confirmed, it’s believed to chronicle (among other things) how Han won the Millennium Falcon from his buddy Lando. Kathleen Kennedy has described it as having “a heist or Western type feel,” name-checking artist Fredric Remington as an influence on the look of the movie.

Newton is coming off of the first season of HBO’s Westworld, where she was one of the very best elements in a cast that included the likes of Anthony Hopkins, John Hurt, Jeffrey Wright, and Evan Rachel Wood. She’ll start filming the second season later this year, for premiere sometime in 2018. She’s now shooting Xavier Dolan’s The Death and Life of John F. Donovan. Han Solo is already in production, so she should be headed over very soon.

The untitled Han Solo spinoff is scheduled to open May 25, 2018.