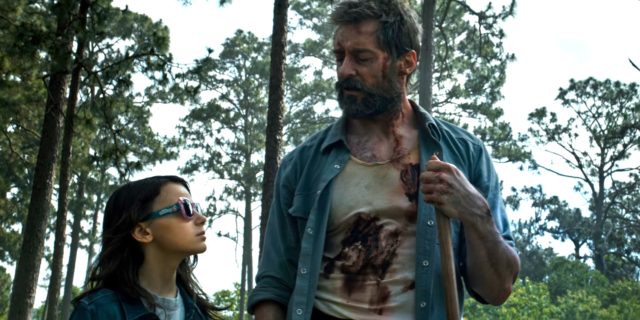 Logan ain’t playing in the same playground as the X-Men movies, apparently. And fuck, with its wrought timeline and continuity, I say that’s a good thing. That way Logan can do its own thing, without attempting to kiss the ass of the convolution that preceded it.

Director James Mangold has pinpointed precisely when “Logan” takes place — in 2029, five or six years after the epilogue of “X-Men: Days of Future Past” — but the more important question may be where the film is set.

According to star Hugh Jackman, his ninth and final appearance as Wolverine doesn’t merely have a different look and feel from the rest of Fox’s X-Men films; it takes place in a different universe.

“When you see the full movie you’ll understand,” he told DigitalSpy. “Not only is it different in terms of timeline and tone, it’s a slightly different universe. It’s actually a different paradigm and that will become clear.”

“It’s a stand-alone movie in many ways,” the actor added. “It’s not really beholden to timelines and storylines in the other movies. Obviously Patrick Stewart was in there so we have some crossover but it feels very different and very fresh.”

Mangold seemed to hint as much in his explanation for the scene in the final trailer in which Logan rifles through Laura’s stash of X-Men comic books and says, “Maybe a quarter of it happened, and not like this. […] In the real world, people die.”

“That the comic books exist is a kind of recreation of something that happened and something that Logan is trying to run from — meaning he’s tired of the legend,” the filmmaker said. “He’s tired of the stories, he’s tired of the people recognizing him on the street, and he’s tired of someone holding out an action figure of him. All that merchandising exists in the movie, and I think it produces a very interesting effect, much more real world which was our goal. What is it like to be one of these characters who’s been sold, packaged, reported on, and a hero to kids — might have posters on some kid’s wall — yet you’re not fulfilling it anymore, you can’t keep up anymore? And that’s the interesting question the movie asks.”

That conceit in itself opens the door to different universes, or at least different interpretations of the same universe: Which X-Men adventures are “real” and which were manufactured or glamorized to entertain an audience? Never mind the alternate timelines created by the events of “Days of Future Past.”