‘Final Fantasy XV’ Getting New Game Plus Next Week 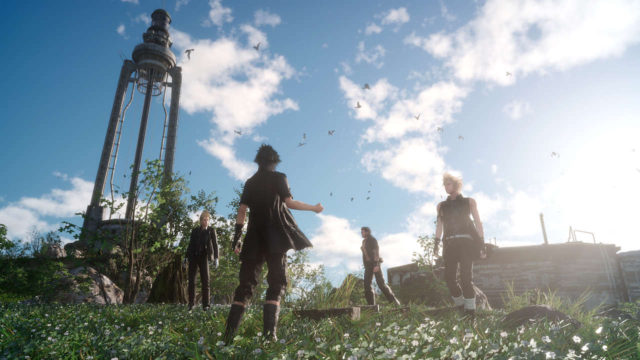 Every game should have a New Game+ mode. Every game. Especially games where you spend fifty+ hours accruing dope abilities you want, just to have the adventure end. I’m glad to see Final Fantasy XV is getting on board.

Final Fantasy 15 will receive a free update on Dec. 22, adding a variety of holiday-themed content to the game. More exciting than the seasonal gift, however, is a New Game Plus feature also included in the update.

All players will receive the option to carry over data from their completed games into a new save file with the update. The New Game Plus feature promised by director Hajime Tabata in a post published shortly after the game’s release, and it’s one of several gameplay improvements headed to the game over the next few months.

Also in the works are things like a “God mode,” more story content and tweaks to Final Fantasy 15’s dreaded thirteenth chapter. These will also be available for free upon release, while other new feature content — like multiplayer — will be available at a premium.

As for the holiday DLC, players can look forward to items to grant additional ability points, an accessory that stops experience growth, as well as a ticket to a “fun-filled carnival.” In late January, they’ll also get a special chocobo-meets-moogle t-shirt as a belated holiday gift.

There’s some seasonal DLC that comes with a cost, however. For those who purchased Final Fantasy 15’s season pass or the Digital Premium Edition of the game, they’ll get a premium version of the holiday pack. That includes a bunch of additional battle accessories, as well as another festive outfit and some photo frames for all of those photos party member Prompto just loves to take.

Final Fantasy 15’s out now on PlayStation 4 and Xbox One.