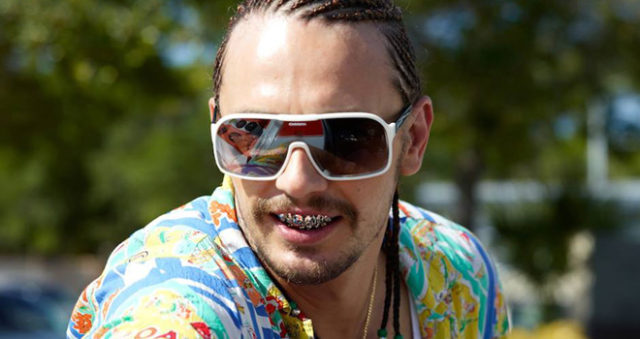 Even though production on Alien: Covenant has been done for awhile, we’re just now learning that James Franco has a role in in the prequel sequel. That means we’re getting James Franco and Danny McBride in an Alien movie, and that’s just weird to think about.

Find out more about James Franco in Alien Covenant after the jump, but beware that learning about his role dives into a bit of spoiler territory.

We should caution that this news doesn’t come through official channels, but rather AVP Galaxy, a dedicated site for all things tied to Alien, Predator and Alien vs Predator. But considering the details they have, this sounds fairly legitimate.

First off, they reveal that James Franco’s agents were really pushing for him to take the lead role in Shane Black’s The Predator after Benicio del Toro dropped out. But Franco apparently ended up passing on the role, which was given to Logan star Boyd Holbrook in the end.

Now instead Franco will be appearing in the franchise of Predator’s mortal enemy as one of the crew members of the titular ship the Covenant. He’s not just any crew member though, as his character Branson is actually the captain of the ship. In addition, he also happens to be the husband of Katherine Waterson‘s character Daniels. But here’s where we get into spoiler territory.

Apparently James Franco’s character only appears in the first 10 minutes of the movie, with later small appearances. Could that mean that he dies, but we’ll see him throughout the rest of the movie in the form of flashbacks or footage from the ship’s archives? Or maybe he gets attacked by something and is left incapacitated, potentially coming to harbor one of those chestbursting xenomorphs we love so much. We really don’t know at this point, but reportedly we’ll meet his character in viral footage leading up to the release of Alien: Covenant.

The good news is that as captain of the Covenant, hopefully that means we get to see him interacting with Danny McBride. Surely they won’t have an epic argument like the one they had in This Is The End, but now I can’t help but think what it might be like to have an Alien movie featuring all the stars of the apocalyptic comedy. I’d watch the hell out of that, but I digress.