Archives
« Sony Sets Release Date For ‘Spider-Man: Homecoming’ Sequel
‘The Fate Of The Furious’ Trailer: We Got A Tank. And Betrayal! »

‘Wipeout’ Remasters Coming To PlayStation 4 In The ‘Omega Collection’ 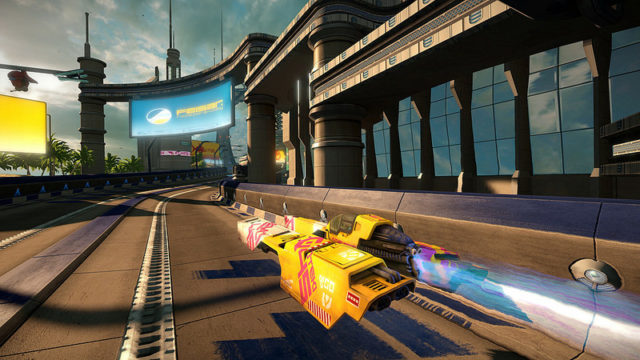 Wipeout is getting itself a remastered anthology on the PlayStation 4, titled the Omega Collection. Listen, anyone affixing “omega” to anything is fucking clutch in my book. So I give this development my approval. It also doesn’t hurt that the fucking Wipeout games were fantastic, and it’s a goddamn shame we haven’t gotten a new one since 2012.

PlayStation’s futuristic racing series Wipeout returns in the summer on PlayStation 4 with Wipeout: Omega Collection, which appears to be a remastered anthology of the series.

The announcement video is above. The Wipeout series spans nine games, the most recent being Wipeout 2048, launched in 2012 for PlayStation Vita. Omega Collection looks to be bring three main titles together, Wipeout HD which premiered in 2008 on on the PlayStation 3, Wipeout HD Fury, a 2009 expansion and and Wipeout 2048.

It’s been four years since the last Wipeout and Omega Collection will be the first time the futuristic racing game will hit the PlayStation 4. There is no word if the game will bring together any of the classic games, classes or music from the series.

We have no further news on the game but we’ll be updating this post with more details as we get them.