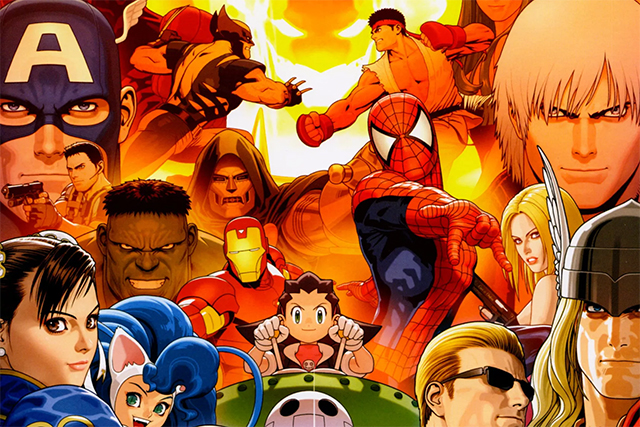 This past weekend saw the Marvel vs. Capcom 4 rumors hit a crescendo. And now if sources are to be believed, nebulous, nebulous sources, all those murmurings weren’t without merit. That’s right, fuckers. The game is arriving next year.

Marvel and Capcom characters will duke it out in a new crossover fighting game coming to consoles next year. Multiple sources tell Polygon that Marvel vs. Capcom 4 is currently in development and slated for release sometime in 2017.

Although Capcom hasn’t officially announced the game, we’ve been told the company will unveil Marvel vs. Capcom 4 this week alongside Sony’s PlayStation Experience event where the Capcom Cup 2016 Street Fighter 5 tournament will be held.

Fans of the series should expect Marvel vs. Capcom 4‘s roster of Marvel characters to draw strongly from the cinematic universe that Marvel Studios has popularized — and has full control over — during the past decade. That means fighting game fans will more likely see characters plucked from The Avengers and Guardians of the Galaxy films, and not from properties like the X-Men. Expect to see superheroes like Ant-Man and Groot make appearances, with characters of mutant origin — think Wolverine and Magneto — sitting out this entry.

A lack of X-Men characters in the next Marvel vs. Capcom would be a major departure for the franchise, which has roots that extend back to Capcom’s 1994 fighting game, X-Men: Children of the Atom.

Capcom’s license with Marvel expired in 2013, and the Marvel vs. Capcom games and their downloadable content were pulled from Microsoft and Sony’s online stores at the end of that year. Capcom hasn’t been able to make changes to the games since, despite pleas from fans to update the game.

When we spoke to Marvel Games vice president Jay Ong earlier this year, he said the team at Marvel was well aware of fan interest in seeing another Marvel vs. Capcom game.

“There’s nothing we can say at this time,” Ong told Polygon at the time. “Let’s just say that we hear that a lot. We love our fans and we certainly want to please them. Beyond that we can’t say anything at this time. But who knows what the future holds?”

When reached for comment, a spokesperson told Polygon via email “Capcom does not comment on rumors or speculation.”