Archives
« ‘Deadpool 2’ Director Has Quit Movie Over Creative Differences With Reynolds
AT&T buying HBO, CNN, and the rest of Time Warner for $80 Billion »

Comics Artist Steve Dillion Has Passed Away at Age 54 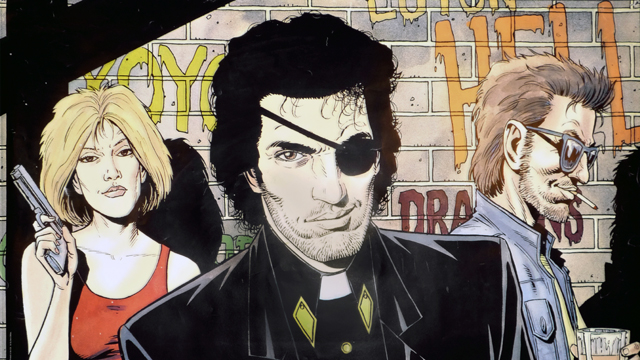 Steve Dillon, the co-creator of Preacher, has died.

Dillon was an artistic prodigy. His first professional comic book work came at age 16, drawing the lead story for the debut issue of Hulk Weekly for Marvel UK.

In the 1980s, Dillon cut his teeth on British comic book magazines Warrior, Doctor Who Magazine, and 2000 AD. In 1988, Dillon co-created a new comics magazine titled Deadline, which ran for seven years.

Dillon’s breakout work in the United States came in the 1990s when he teamed with writer Garth Ennis on Vertigo Comics’ John Constantine series Hellblazer.

In 1995, Dillon and Ennis teamed up once again and created Preacher at Vertigo. Preacher went on to critical acclaim and is considered a classic by modern comic book readers. Dillon himself was nominated for a 1996 Eisner Award for his work on Preacher. The series is now the basis for the AMC television series of the same name, which premiered earlier this year.

Dillon and Ennis went on to redefine the character of the Punisher as part of the Marvel Comics’ Marvel Knights imprint beginning with The Punisher: Welcome Back Frank in 2000 and with the follow-up ongoing series in 2003. Dillon would return to the Punisher on several occasions, both with and without Ennis, including runs on Punisher: War Journal, Punisher vs. Bullseye, PunisherMAX, and the most recent relaunch of The Punisher’s ongoing series for All-New Marvel.

Dillon also created the character Dogwelder for Ennis’ Hitman series. The character continues to be featured in Ennis’ work on Section Eight.