Gears of War is being adapted into a movie; Brotacular Killfest! 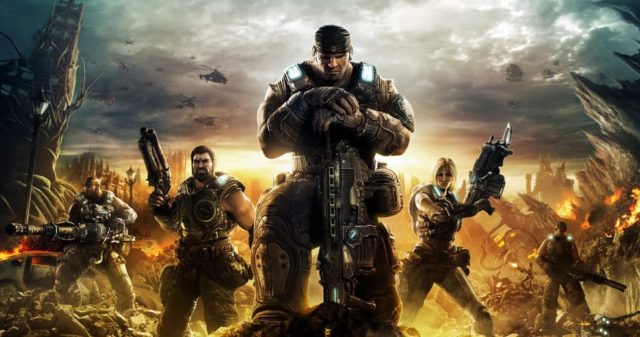 Microsoft and Universal are teaming up to bring Gears of War to the big screen. Which makes sense. Since it’s essentially a fucking Fast and Furious franchise with chainsaw guns and monsters. I’m down.

It’s time to load up your chainsaw-shotgun and hitch a ride back to planet Sera, there’s a “Gears of War” movie in the works.

The announcement came during a pre-launch livestream celebrating the upcoming release of “Gears of War 4,” the fifth installment in the Xbox-exclusive video game series that has pitted mankind against such subterranean foes as the Locust Horde and the Lambent. It’s unclear if the movie will be a direct adaptation of one of the series’ plot, or a new story altogether.

“I think you have to let the movies be the movies,” said Rod Fergusson, head of “Gears of War 4” developer The Coalition, in an interview with Variety. “They’re two different mediums, and two different audiences in some cases, and I think some video game movies in the past have failed because they tried to make a movie for gamers. If you have this great IP with a deep backstory and lots of lore that you can make interesting stories out of it’s great, but if you just go after the gaming audience then it isn’t going to be a successful movie.”