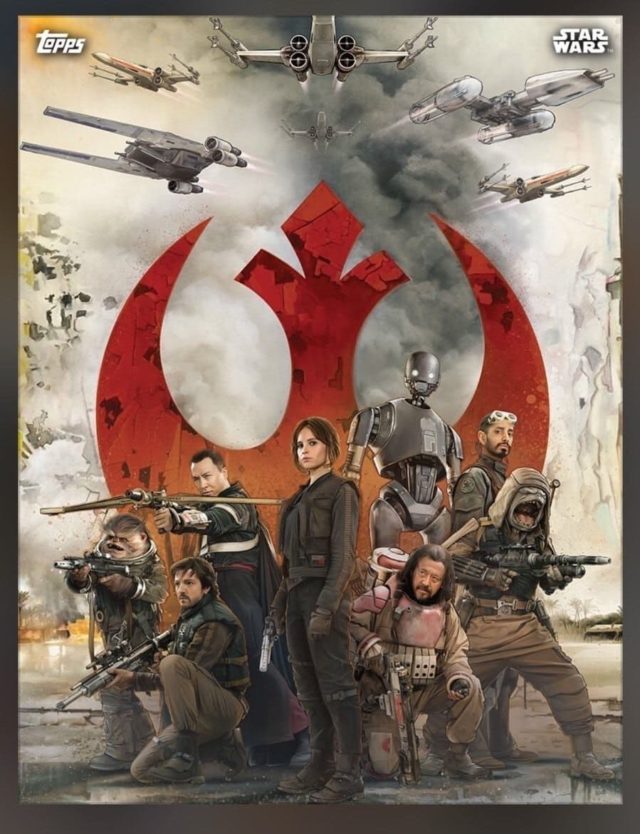 I guess today is fucking Force Friday or something? You can tell my excitement levels regarding Rogue One in comparison to the Skywalker Saga just by virtue of me having no idea that today is, in fact, said Force Friday. None the less, Lucasfilm has dropped more Rogue One promo art as part of the celebration for the day.

As part of Disney and Lucasfilm’s Force Friday merchandise rollout, Topps has unveiled new promotional images for “Rogue One: A Star Wars Story” through its Star Wars: Card Trader app.

There are a couple of noteworthy elements in the images, beginning with Donnie Yen’s character, Chirrut Imwe, who’s depicted wielding some kind of laser crossbow not dissimilar to Chewbacca’s bowcaster. If the trailers are any indication, being blind won’t impede his skills with the weapon.
It’s also worth pointing out that one of the illustrations prominently features Darth Vader. The iconic villain was confirmed in June to appear in “Rogue One,” but this image may suggest his role may be more than a mere cameo. The Sith Lord, who made an oh-so-brief appearance in the film’s second trailer, also threatened the Rebellion in the second season of Disney XD’s “Star Wars Rebels.” 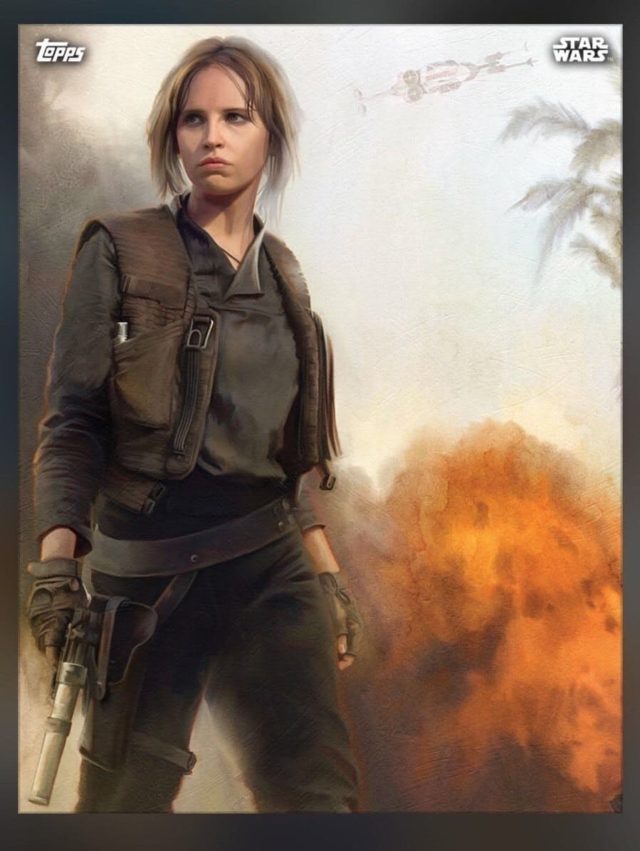 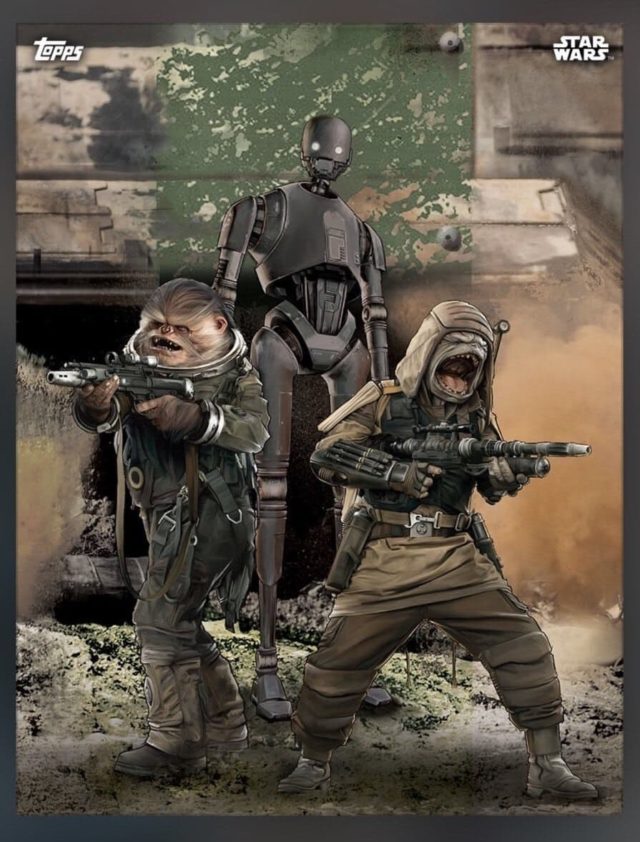 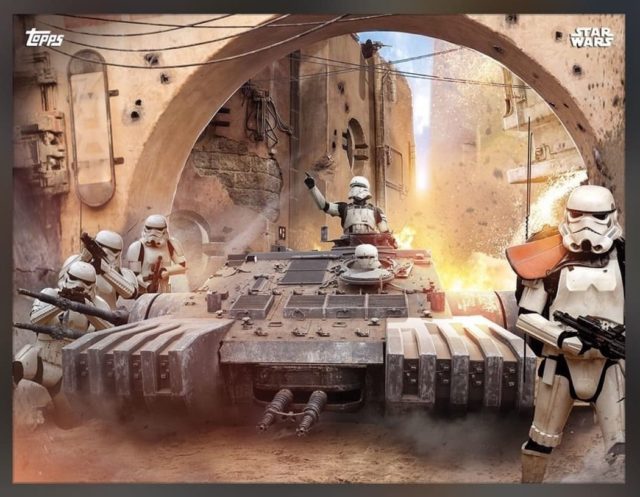 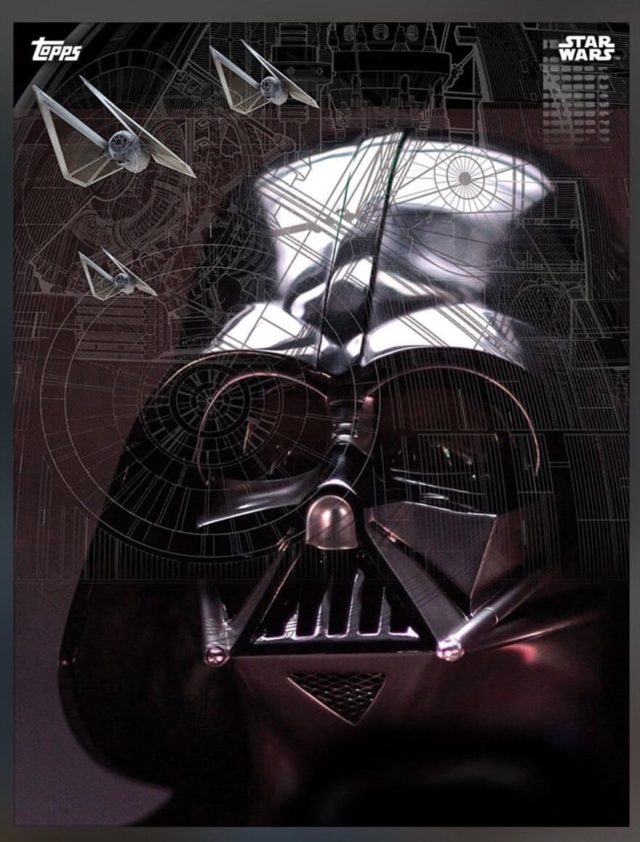