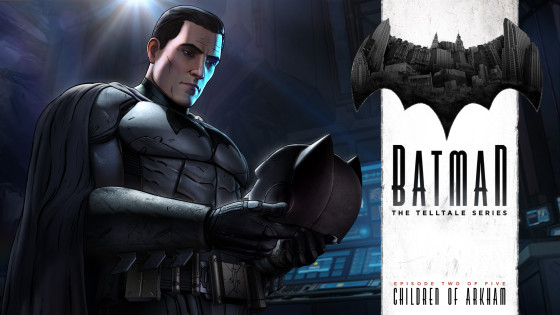 Telltale has announced the date for the second installment of their Batman series, as well as its title. Children of Arkham will be dropping later this month. September 20, to be exact!

Batman – The Telltale Series Episode 2: ‘Children of Arkham’ has its release date, and it will hit PC, PS4, and Xbox One on September 20, 2016. The second chapter (of five) of their adventure game is just one part of the PAX weekend news, however.

A retail version of the game will be released September 13, 2016, offering fans the first episode on a disc, with a season pass to download the next four episodes. Again, only the first episode is on the disc, so this isn’t a way to jump ahead of the download game. That retail offering will be available for PS4, Xbox One, PS3, and Xbox 360, for those who just like having a box on their shelves, or have last-generation platforms that still want the chance to play the game.

If fans want to play, or at least experience Episode 2: Children of Arkham early, and they happen to be in Seattle for PAX West this weekend, then they can head to the Wyvern Theatre at the Westin for a special first event, as they’ll use the new Crowd Play feature to play through the episode. On Saturday September 3, fans can hit the theater with their mobile devices to direct the action by voting about what choices to make and what Bruce Wayne and Batman should do next, while Dan Casey of Nerdist directs the action.