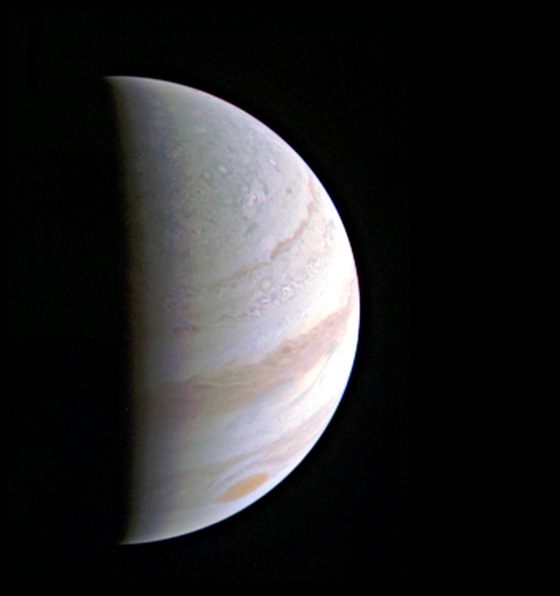 NASA has just flown a spacecraft closer to Jupiter than ever before. The Solar System’s bulwark (seriously, big bastard eats so much space debris so we can not be obliterated so we can watch reality shows and attack one another with horrible, horrible mad-made weaponry, so uh, thanks?) is getting a thorough examination, courtesy of the Juno spacecraft.

Jupiter’s north polar region is coming into view as NASA’s Juno spacecraft approaches the giant planet. This view of Jupiter was taken on August 27, when Juno was 437,000 miles (703,000 kilometers) away.

NASA’s Jet Propulsion Laboratory, Pasadena, Calif., manages the Juno mission for the principal investigator, Scott Bolton, of Southwest Research Institute in San Antonio. The Juno mission is part of the New Frontiers Program managed at NASA’s Marshall Space Flight Center in Huntsville, Ala. Lockheed Martin Space Systems, Denver, built the spacecraft. JPL is a division of the California Institute of Technology in Pasadena.